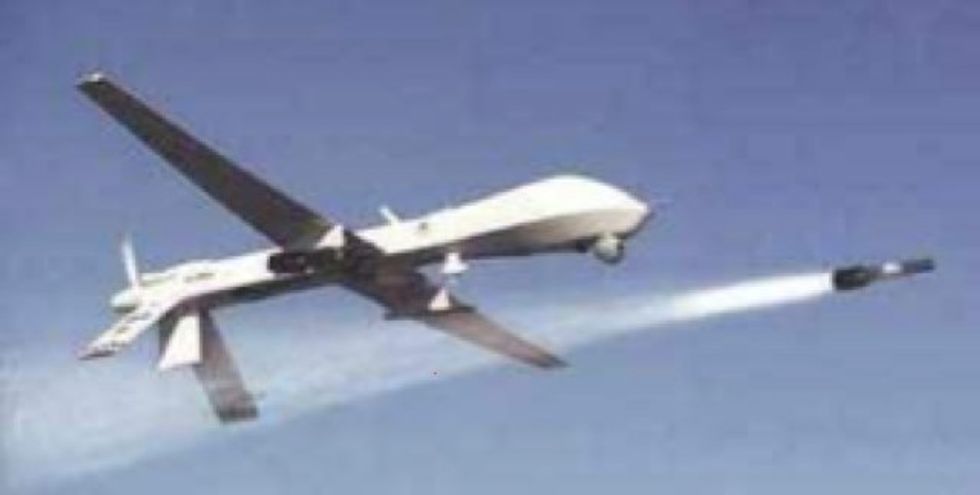 A study of U.S. Air Force drone operators has found they experience post-traumatic stress and other mental-health troubles at the same rate as pilots who are actually flying aircraft in war zones. That may sound odd if you accept the stereotype of high-tech warfighting as a bloodless videogame. Speaking of which, aren't Americans now supposed to be totally desensitized to electronic mayhem, after spending their lifetimes playing Doom and Grand Theft Auto?

James Dao's reporting suggests such stereotypes need adjusting, and not just reports about the badness of videogames have been exaggerated. In fact the epidemiologist Jean Lin Otto, an author of the study, expected the operators (pilots and camera operators of what they prefer to call, more correctly, remotely piloted aircraft) to be more troubled than fliers whose bodies are actually within the borders of Iraq or Afghanistan. It's not obvious why, at least to the vast majority of Americans who are insulated from knowledge of our wars. Compared to the stresses of being far from home, the risks of mechanical failure or enemy fire causing a crash, the constant presence on the front of the adversary, where is the angst in kissing your spouse goodbye, driving to a secure facility in Syracuse to maneuver a robot plane, and then coming home to the kids' soccer game?

As it turns out, there's a great deal of angst in that supposedly comfortable scenario.

One reason: the technology of surveillance changes the psychology of the fight, making it harder for soldiers to find a way to separate the image of "the enemy" from the image of "people like me." Even for pilots who fly off without seeing the damage they've inflicted, this is hard. For instance, General Curtis LeMay, architect of America's devastating World War II bombing campaign against Japan, described how bomber crews must sometimes think about the innocents below, such as "a child lying in bed with a whole ton of masonry toppling on top of him." But, he explains, "then you have to turn away from the picture if you intend to retain your sanity. And also if you intend to keep on doing the work your Nation expects of you." This is tough to do, as Otto said to Dao, if the picture of the damage you've done isn't a vision in your mind's eye, but instead a digital feed on a screen right in front of you.

It's made even harder by the fact that drone operators really know their targets as individuals. As one (non-drone) veteran recently pointed out to me, operators sometimes track their kills for days or weeks. They watch them buy food for dinner. They watch them play with their kids. Despite their physical distance from the action, they're psychologically much closer than pilots in non-robot craft, or even soldiers firing at adversaries they don't know.

A second contrast is that in-theater pilots, though far from family and civilian friends, have the company of their warfighting brothers and sisters. Anyone they eat or shower or play cards with has seen the same war they've seen. They don't have to explain themselves. They don't endure the emotional wrench of meeting people who are completely oblivious to the fight and its demands. They don't have to experience emotional vertigo by shifting from the demands of lethal strikes to the demands of coaching kids' softball.

For ages, warriors have kept war apart from the rest of their lives. In many cultures, as Shannon French discusses here, they returned to their non-warring lives only after ceremonies of transition, in which they formally changed from wartime selves into civilians. (Christian knights did penance for killing people, Maasai warriors were purified, North American plains tribes put warriors in the sweat lodge before they rejoined daily life, and Roman legionnaires were ritually bathed.) And the Odyssey, as Jonathan Shay has pointed out, is archetypal story of a man's transition from fighter to civilian. This compartmentalization, separating war-life and home-life, could be seen as a way to protect society from the violent skills it has cultivated in its fighters. But there is evidence that it also protected fighters from the anguish of judging their military acts with the eyes of civilians.

Digital technology is changing war, then, as many expected. But it's not changing it in the way a lot of us thought. And it's not making the ageless tension between civilian life and warrior life any easier to manage.