If You Don't Want Others Spying On You, Don't Spy On Yourself

Pondering the worrisome prospect that all your quantified self data might not be private. 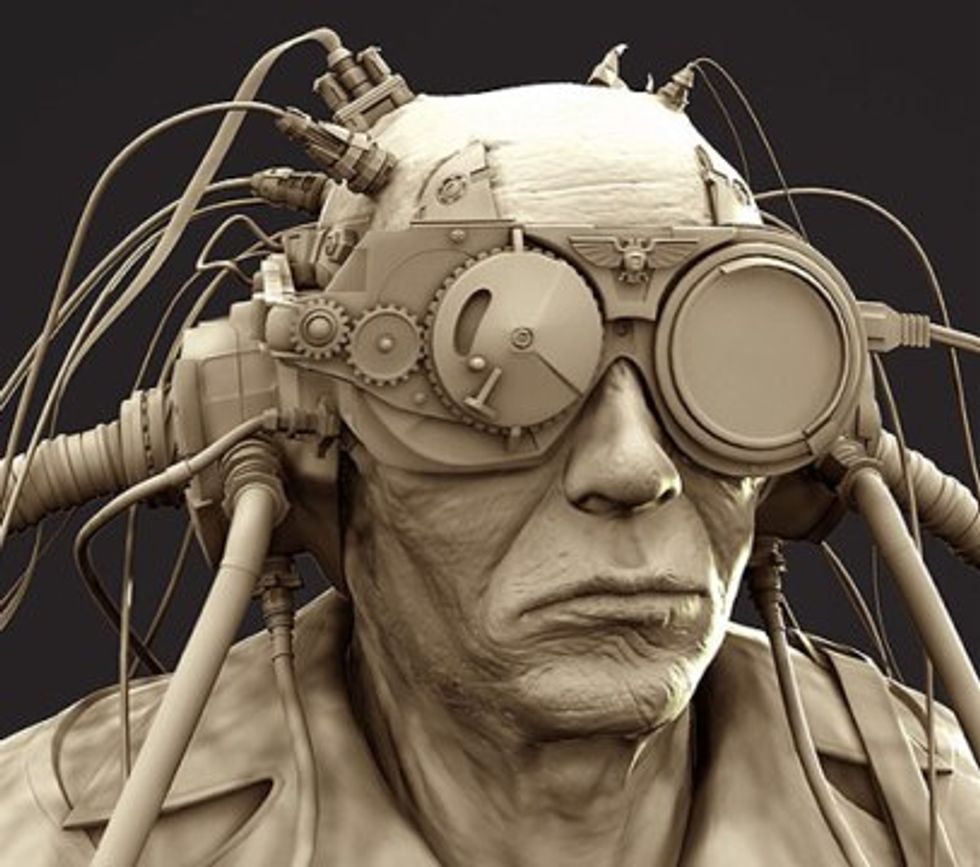 Human beings have always outsourced work at which we're feeble. We began using other creatures and captive humans, then switched in the past few centuries to technology. Can't walk very far in a day? Get a horse. Can't farm too many acres? Slaves and serfs are your answer. Can't keep track of millions of files? Let computers run the reservation system. So as people have become more aware of reason's limits in their daily lives, it's not surprising to see an upsurge in gadgets and apps that claim to are supposed to provide the rationality (and self-control, self-consistency and self-awareness) that people can't muster for themselves. The advent of these gizmos is, of course, supposed to be A Good Thing. But I wonder.

David Pogue has a chirpy overview of some of these devices here, which includes Jawbone's wrist band that monitors your movement and transmits reports to your smartphone, and a couple of other wearables that also report on how much sleep you're getting (one purports to tell you how much good sleep you're managed, but that claim is controversial). Other examples include this, which lets you monitor (and fiddle with) the relative numbers of different bacteria in your nose, your gut or your junk, among other places. Not surprisingly, a good number of these gizmos and apps are oriented around food—like, for example, the Hapifork, which buzzes if you're eating too fast, and feeds data about your eating record to an app that, with a coaching program, is designed to help you "improve your eating behavior." Or this smartphone app developed by the University of Liverpool, whose users photograph their food before they eat it. At the end of the day they get a slide show of all they've devoured. (Good for promoting uh-oh moments, I guess.) With such self-surveillance, you can replace subjective impressions and shifting motivations with a hard-numbers approach to yourself, and make sure you're living life as you planned to.

A lot of this is, as Pogue notes, pretty straightforward "quantified self" stuff. "Self-knowledge through self-tracking," is one way to put it, though of course the goal isn't really knowledge, but self-management, with the tools a lot of users are using in their work lives: Data acquisition, analytics, goal setting, metrics. This is why, I suppose, that a number of these apps go beyond data-presenting to include behavioral prods and motivational encouragement (or discouragement). For instance, this one tracks smoking, but also includes information about habit and addiction, so that people can resist cravings and be aware, when they give in, of what they are doing. This app records when you've gone to the gym and awards you money for showing up there—money taken from other users who failed to go.

Now, a few doubts have been raised about this supposedly wonderful new tech space. One, obviously, is about privacy. As Michael Carney points out here, the EULA's of some of these products raise, at least in theory, the worrisome prospect that all your quantified self data might not be private. Then, too, there is the fact that self-management outsourced to machines will be self-management machines are good at. When your wrist band confirms that you worked out four times this week and got plenty of sleep, it is telling you implicitly that you're doing well in life. Which may help put off the moment when you ask yourself why you're working at a meaningless job or how you managed to lose your best friend.

But I think a bigger worry is the effect of self-surveillance on people's attitudes towards surveillance by others. We are not so gradually becoming used to a norm of hyper-surveillance in all things—a world where your credit-card activity in 2003 is examined to decide if you get a job in 2013; a world where an employer can demand that employees report their weight, blood sugar levels, blood pressure and other data on a monthly basis, or a pay what amounts to a fine. Self-monitoring, it seems to me, fosters acceptance of extreme surveillance as a part of life.

Yes, I know, there's an obvious distinction to be made on the issue of consent. The U.S. government's tracking of my phone metadata and my mail were secret and therefore done without my approval. Whereas no Hapifork can buzz and no sleeptracker can graph, unless the "target" has chosen to use them. But when you think about how democracy is supposed to work, the two forms of surveillance don't seem so different.

The premise of self-monitoring apps is that you have a better, truer self (who wants to get enough sleep and lose weight) and this self is entitled to make decisions for the anarchic and myopic selves that want to stay up late playing Civ5 and then eat a donut before crashing into bed. That has a family resemblance to the premise of a republican government: We uninformed and distracted citizens elect leaders who represent what is best in us (or, at least, most important to us). They then make decisions that are better informed and more responsible than those that would have been made by, say, me. After all, I don't spend time thinking about how best to guide the nation into the future, and I don't have access to the first-rate information and opinions that flow into places like the White House and the Capitol.

There are good reasons to doubt this premise (for one thing, Philip E. Tetlock has famously found that experts are no better than the casually informed in foreseeing political developments). Still, that's the basis of representative democracy. If we are unhappy about the amount and type of scrutiny that a government imposes, we can vote it out. This premise is undermined when we don't know what scrutiny the government imposes. It is also undermined if we assume that the government scrutiny is so important, so vital to our safety, that it cannot be questioned.

Similarly, the resolve to exercise more or eat fewer fries is entirely admirable. Remember, though, that the gadget helping you to do that depends on the notion that you won't make exceptions, or ever change your mind. (You have to photograph every meal. No cheating!) The app serves the optimal version of you can and should monitor your eating, drinking, exercising, sleeping, reading and so on. But there is no democracy, no human variability, in the way it works. The self that chooses to go to the gym is assumed to be in office forever. In this way, the device sets up a personal spy agency, which cannot be questioned and cannot be changed. Which means it is just one more form of spying that free people have imposed on themselves.

If we don't want governments and corporations to spy on us, maybe we shouldn't be so eager to spy on ourselves.