Three Reasons “You” Won’t Return After This Life

The idea that "you" persist after death does not hold up to the current understanding of memory and identity. 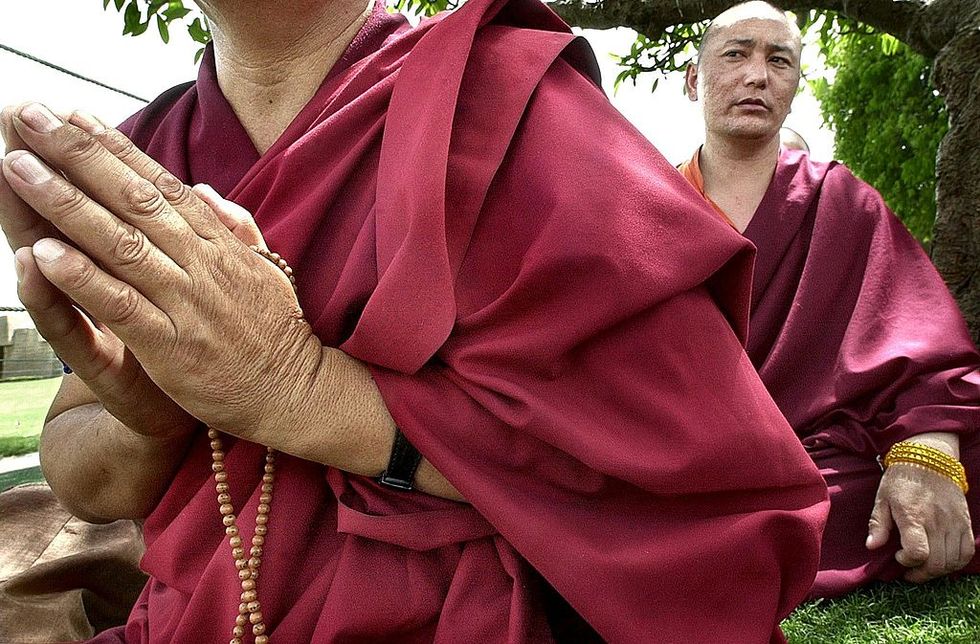 Monks from the Himalayan Committee for Action on Tibet pray in New Delhi, 25 April 2002 for the 13th birthday of the Panchen Lama Gedhun Choeki Nyima, the 'lost' boy picked by the Dalai Lama as the second highest figure in Tibetan Buddhism. (Photo: Philip

Many people are deeply invested in what happens when they die. Entire religions are constructed around theories of the afterlife. Christianity and Islam promise special places to go to while Buddhism prescribes breaking free from the hamster wheel of existence to leave the cycle of death and birth. Is any of this actually possible?

Stephen Batchelor is skeptical. In Confessions of a Buddhist Atheist the former monk points out that the Buddha avoided discussing body-mind dualism, which the notion of rebirth relies on, while refusing to speculate on metaphysics. The religion that formed after his death injected this rebirth problem into its theology despite the Buddha’s insistence that it is not a meaningful question.

Batchelor cites many Buddhist thinkers that make rebirth the foundation of Buddhism. For example, the sixth/seventh century Indian philosopher Dharmakīrti was a dualist who insisted the mind is immaterial and nothing material, such as a body, could give rise to cognition. When Batchelor expressed his skepticism—Dharmakīrti never mentions the brain because he had no access to fMRI technology—his teacher promised that the student would realize truth through meditation.

Thus the “proof” of rebirth rested on a subjective experience of a non-physical entity in a non-ordinary state of awareness. If you lack such an experience yourself, then you have to trust the word of meditators more accomplished than oneself.

Which is the same reason the Buddha left his two yoga teachers; he would not take their word for what he had to figure out for himself. When he did come to a conclusion it had nothing to do with the afterlife and everything with recognizing illusions we suffer during this lifetime. Batchelor compares this sort of blind faith with Christians mystics “knowing” God and people claiming to have been abducted by aliens. There’s no way to test their claims.

Anecdotes run into trouble because today we can measure consciousness. While we might not have discovered a mechanism that turns consciousness on (most consider it an emergent phenomenon) we do know it shuts off when the body dies. No body, no mind—no dualism.

Which is the topic of Michael Shermer’s forthcoming book, Heavens to Earth: The Scientific Search for the Afterlife, Immortality, and Utopia. In a recent column the Skeptic magazine founder lists three reasons “you” won’t survive past death.

Your memory cannot be restored

Transmigration relies on the notion that “you” are a collection of memories that survives intact. But that’s not how memory works. Every time you recall a memory it has changed from the original experience. Whatever has happened since has influenced your retelling of that moment. We are not static animals; we’re fluid processes continually remembering the past differently dependent upon the situation. You feel like the same person that woke up yesterday, but from a neurological perspective it’s not quite you. The continuum of identity is likely a survival trait that enables us to function within societies, but as the Buddha knew, identity is an illusion. A highly elaborate one that persists for decades (or even a century), but a ruse nonetheless.

Therefore there’s no exact replica of “you” that survives beyond death. A twin brother or sister might be a copy of you, but it’s not you. Therefore making a copy of your brain’s connectome, which Shermer writes is a “diagram of its neural connections,” and putting it into another body flies in the face of basic biology. As Shermer concludes, “Neither duplication nor resurrection can instantiate you in another plane of existence.”

You’re more than your memories

Shermer notes that some researchers speculate that we each have a memory self and a point of view self. If you upload your memories (MEMself) into a computer your point of view (POVself) returns intact. But memory is not only dependent upon the experience itself, but also your current environment. We constantly change our point of view dependent upon audience. We recall differently depending on who’s around and where we are. The notion that your entire point of view would survive intact is impossible. “Death,” he writes, “is a permanent break in continuity.”

Buddhist rebirth relies on karma, which is often treated as “you get what you pay for.” Yet this is disproven when good people needlessly suffer and criminals achieve lucrative positions in government and business. I’ve heard it expressed that “they must have done good deeds in a previous life” or “they’ll suffer in the future.” Such are the ridiculous lengths people go in trying to reason why someone suffers or succeeds due to this misguided idealization of karma.

Instead let’s consider a seemingly benign example. In Los Angeles I often observe people stop two or three car lengths behind other cars at red lights because they’re consumed with whatever is on their phone. They often don’t realize when the light changes because they’re not paying attention to the light or for the welfare of anyone else.

Karma is not going to “get them,” but their actions do have consequences, which is the intended meaning of the word karma. First off, cars stuck behind are left to wait until another light because that first car remained a few car lengths behind. Factor in the additional time that it takes for the texter to reorient to their surroundings and you have a perfect working definition of karma: your actions have consequences. Your inability to pay attention to your surroundings affects others negatively in this case. You might have made someone later for an important appointment, or you simply annoyed a line of people behind you because you had to know how well your latest selfie performed on Instagram.

Your actions and personality are truly what gets “left behind.” These are passed down from life to life: ideas, biases, diseases, religions, money. Just because you’re not remembered later does not mean you didn't influence others; just because everyone remembers your name does not mean you benefited this planet. Your actions always have consequences, many of which you’ll never realize. That’s karma. It's nothing magical. Just put down your phone to look around and you'll see it everywhere.

In her book, How Emotions Are Made, Lisa Feldman Barrett writes that it takes many brains to make a mind. This is true in a social species. I offload pieces of memory to my wife, who handles certain tasks in our marriage, just as she offloads to me. That’s why when a longtime partner dies the other half tends to feel a piece of them has perished. That might seem sad, but it’s quite beautiful to have such a strong connection to another. The residue of your life sticks to others and their consciousness.

Which is why the metaphysical idea of reincarnation is unnecessary and even distracting from what matters in life. Shermer concludes that some find his skepticism dispiriting, but he believes it to be the opposite.

Awareness of our mortality is uplifting because it means that every moment, every day and every relationship matters. Engaging deeply with the world and with other sentient beings brings meaning and purpose.