Some parents are diagnosing their attention-deficient children as heavenly beings thanks to Internet blogs. 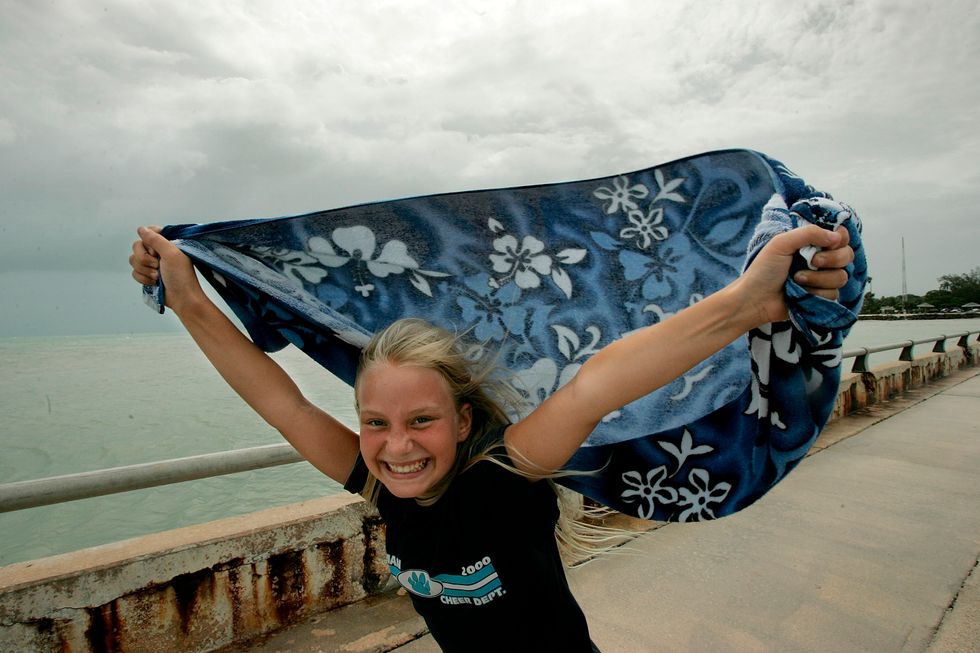 Hawk Lane desires nothing more than to leave high school. Meyerist rules state that he must remain among the IS’s—Ignorant Systemites, Meyerist slang for us ordinary folk—until age sixteen. Eddie, his father, keeps reminding him that he’s special; it’s simply Movement Rules. Still, Hawk is certain he’s ready to climb the Ladder. These IS’s are only dragging him down.

The fictional cult at the center of the Hulu series, The Path, reminds us of everything we disdain about upstart religious movements: egotism and chauvinism, nonsensical verbiage, holier-than-thou attitude. The show’s success is in attention to detail. We might shake our heads at character's wildly self-centered musings, but if you’ve ever studied cults (or watched people involved in them), writer Jessica Goldberg gets many details correct.

For example, Indigo Children, the star of a new Vice documentary. The concept was developed in the seventies by author and proclaimed synesthete Nancy Ann Tappe, describing children who have unusual supernatural abilities. According to a website honoring her,

Nancy’s DNA heritage provided her with a combination of synesthesia and “the sight,” as her Scottish grandmother might have said. Today scientists define her abilities as accessing a part of the brain that others cannot.

Leaving aside that the scientists in question are unnamed, which is often the case for metaphysical acolytes hoping to align their brand with something provable, Tappe's main focus was ‘Colorogy,’ which attributes spiritual qualities to various colors—fans of Aura (or Kirlian) photography hold similar beliefs. Essentially, your ‘color’ defines your personality; colors shift all around us, but each of us is endowed with one color that defines us for life.

Indigo children are not a far leap from there. Like Tappe herself, certain children are blessed to be on a universal task

to globalize humanity through technology. Their energy is constantly changing and fast, almost hyperactive. Technology is an innate skill for them; cellphones are an extension of their body.

Marshall McLuhan would argue that all technologies are bodily extensions, but in cultish thinking certain humans are simply a little more blessed than others. These particularly blessed individuals tend to suffer from ADD, hyper-arousal, and learning disabilities. In Indigo this disease is a gateway, not a hindrance.

During one segment of the Vice documentary host Gavin Haynes, who is quickly told that he too is Indigo (since children become adults, there are Indigos everywhere), interviews New York City-based rap duo The Underachievers. Both were Indigo children because, well, Issa diagnosed himself after reading about it on the Internet. (Online tests also let you self-diagnose.) He now advocates that anyone given an ADHD diagnosis is actually Indigo.

He doesn’t stop there—he doesn’t “believe in ADHD.” Everyone, according to him, is Indigo, which conflicts with Indigo code. Nevertheless, here cult and reality collide. Misdiagnosing and overprescribing children is a serious problem. Dutch psychiatrist Bessel van der Kolk, once an advocate for pharmaceuticals, eventually recognized that drugs were often doing more harm than good. He writes,

In many places drugs have displaced therapy and enabled patients to suppress their problems without addressing the underlying issues.

In fact, everything Indigo, which, Haynes states, “seems to be a catchall for a range of New Age experiences,” appears reactionary. A plague of pharmaceutical-dependent zombie children and mercury fillings—holistic dentistry has ties to Indigo—are real problems. The frustration with corporate-sponsored solutions is widespread. It does not, however, forgive a lack of common sense. Believing in magical colors is not a viable alternative to not taking Ritalin.

Haynes chats with clinical psychologist George Sachs, who believes that diagnosing your child (or yourself) as Indigo can lead to narcissism. He continues:

Saying that you, without doing anything, are unique and special, and different than every other child, is not helpful.

Yet does that not summate the modern quest for fame, in which a fifteen-second video can make you a star? There is no need to suffer for your art; being obnoxious and outlandish on social media now supports plenty of people, financially and otherwise. It’s hard to miss the fact that technology, the supposed heavenly extension of Indigo children, can also be implicated in the fact that they can’t pay attention to what’s right in front of them.

Neurologist Oliver Sacks, the man most responsible for introducing synesthesia to broad audiences, had his own quest for indigo—the actual color. Since few people agree on exactly what indigo looks like, he went on a quest to see the true color in 1964, aided by LSD and cannabis. Twenty minutes in he stared at a white wall and demanded that indigo appear and…voila! It did, briefly. He died over a half-century later never seeing it again.

Sacks realized his moment of indigo was created by his brain, which is essentially how we all face life. Not wanting your child on pharmaceuticals is an issue many parents face, with no easy decision. Yet grasping the furthest reaches of the imagination to counterbalance a diagnosis can be a sickness in itself. Cults are easy targets, but from the dozens I’ve studied, each one can contribute something to society; many are based on real-world assumptions. But as Haynes concludes,

We’re all told we’re special. It’s just that when some people are told they’re more special than others that the awkwardness starts to creep in.

And Indigo is awkward.