Consciousness: How does the brain make the mind?

In his new book, The Consciousness Instinct, Michael Gazzaniga does a deep dive into the process of consciousness. 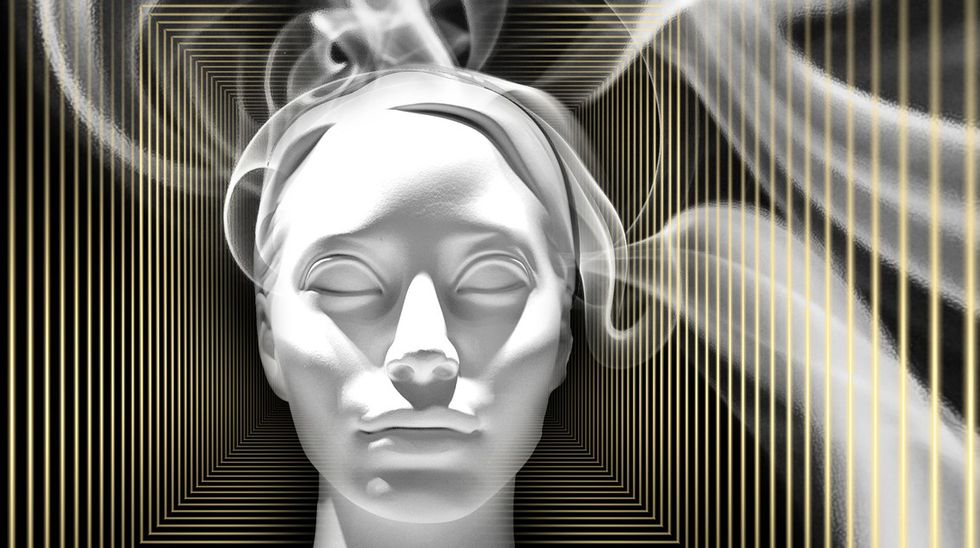 When you wake up in the morning, it’s likely you remember who you were when you turned off the lights the previous evening. Sleep being a brief respite, you’re ready to continue being you again. In fact, you have been you seamlessly since the day you were born. There’s much you’ve forgotten and much you misremember, even though you won’t believe you’ve remembered it wrong. Otherwise, consciousness has been humming along on a smooth trajectory the entire time, right? If only consciousness worked that way. Then again, if it did, it wouldn’t be who we are. Part of the problem resides in agreeing on a definition. As neuroscientist Michael Gazzaniga writes in his new book, The Consciousness Instinct: Unraveling the Mystery of How the Brain Makes the Mind, quoting the linguist Noam Chomsky, consciousness is a “word worn smooth by a million tongues.”

To keep it simple, Gazzaniga writes that consciousness “is the word we use to describe the subjective feeling of a number of instincts and/or memories playing out in time in an organism.” Whatever captures our attention at that moment is what exists in our consciousness. The rest of everything else, from the innumerable autonomic processes keeping our body in homeostasis to the innumerable processes keeping the planet in homeostasis, remains hidden.

Despite the fact that some might be upset upon learning that consciousness—the very quality we believe lifts us above the rest of the animal kingdom—is an instinct, Gazzaniga is undeterred in his assumption. Being an instinct takes nothing away from the mystery of existence; if anything, it deepens our appreciation for just how embedded this phenomenon is in the fabric of life. As he recently told me:

By calling it an instinct, I'm saying whatever it is we're talking about, it comes with us.

A feature, not a bug, and not unique. In the book he notes that this instinct predates the first organisms, borrowing from William James. An instinct is, first and foremost, felt. Feelings eventually give rise to cognition; in this sense, cognition is the way we translate sensations. The fundamental requirements of life—sustenance; reproduction—were initially acquired through sensations of feeling. Only later did more advanced forms of life add complexity to the process we now term consciousness. Even today, emotions, the term we assign for different feelings, must be considered the “foundational component of consciousness.”

Gazzaniga has long known about our brain’s fragmented nature. In 1964 he began working on split-brain research, helping to initiate research on functional lateralization in the brain. When the corpus callosum is severed, each hemisphere has its own perceptual and conceptual systems, effectively creating two brains in one person. Gazzaniga’s work changed the field of neuroscience. No longer could consciousness be thought of as a seamless experience generated by one system or network.

Professor Michael Gazzaniga, Director of Program in Cognitive Neuroscience at Dartmouth College. Dr. Michael Gazzangia is a veteran neuroscientist and a fledgling bioethicist as a member of President George W. Bush's Council on bioethics. (Photo by Rick Friedman/Corbis via Getty Images)

Despite the fact that it feels like we have an uninterrupted consciousness (save the third of our life we spend asleep), this phenomenon is actually produced by “thousands of relatively independent processing units.” In other words, modules. Gazzaniga writes that everything we subjectively experience is the result of a brain organized into modules of functionally interconnected regions. There is no localizable consciousness center. With this book, he attempts to once again push the field forward. To explain modularity Gazzaniga explores physics and architecture, using the Boeing 777 as an example. Comprised of 150,000 subsystem modules networked by 1,000 computers, each engineer does not need to know how the entire system operates to understand the role they play. Without one subsystem the plane does not function as intended—think neurological damage to one system. Damage too many and the machine fails. Yet the layering of numerous systems creates the intended effect, just as it does in human consciousness.

Not to abuse the machine metaphor, however. As Gazzaniga writes:

Which brings us to one of the most fascinating and debated aspects of neuroscience: the idea of a soul being the catalyst for consciousness, or at least a separate layer uninvolved in the body’s physical structure. Extending the architecture motif, Gazzaniga notes that at the most fundamental level, architecture, and in this analogy, consciousness, is “design within the bounds of constraints.”

How exactly the brain makes the mind—along with its necessary partners, the body and environment—might always remain hidden given the complexity of layering involved. That does not imply that consciousness is possible without the layered architecture existent in the body. In our conversation, he summed up three main theories of mind:

There’s no loose bolts in there. There’s no magic. But there are basically three ideas in human history about the relationship of brain and body. One is that the brain generates the mind. That’s the full story. Another one is the brain generates the mind, but there’s an added commodity called the spirit or soul that survives death. Then there’s a third one, which is dualism. And those three ideas are still with us. Just as the “ghost in the machine” is an illusion created by the many layers of consciousness, so is the notion of a smoothly flowing consciousness. Rather, Gazzaniga writes that consciousness is more like a series of “cognitive bubbles linked with subcortical ‘feeling’ bubbles, stitched together by our brain in time.” This notion is born out in memory research. We don’t recall past experiences perfectly. Rather, everything that has happened since will alter the event we’re recalling.

As Gazzaniga writes, our feelings about past moments are not actually the feelings we had during the event. We’re experiencing our current feelings, mapping them back through time in a remix of our former self. We might remember a date we had a decade ago differently on Tuesday than on Monday depending upon our current mood, so fragile is this system.

And yet, as Gazzaniga describes the brain as a whole, “fragile yet robust.” While we might never know exactly how the brain makes the mind, we won’t find the secret in one system alone. Existence is too complex for that, no matter how much we prefer simple explanations. That doesn’t make the complexity any less fascinating.