Over 3,000 studies have shown acupuncture to be no better than a placebo. Yet it has led researchers to discover something that might aid in pain relief. 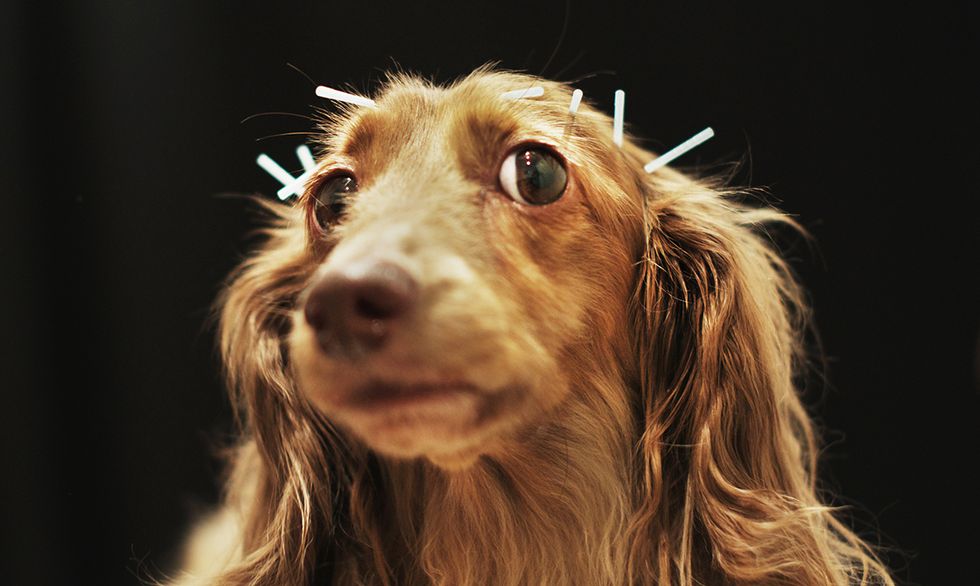 The efficacy of traditional Chinese medicine (TCM) has long been contested. With poachers decimating populations of wild tigers and rhinos to fuel superstitious myths regarding animalistic healing power, TCM has been a source of controversy for centuries.

One of the more benign aspects of Chinese medicine is acupuncture, a practice deemed superstitious in China in the 17th century until Mao Zedong reemployed it for political purposes in the fifties. Two decades later it infiltrated the American imagination. A myth was reborn.

As Jeneen Interlandi writes, research results have been murky at best—one 2013 report of over 3,000 studies showed acupuncture to be no more effective than placebos. She continues,

Studies have found no meaningful difference between acupuncture and a wide range of sham treatments. Whether investigators penetrate the skin or not, use needles or toothpicks, target the particular locations on the body cited by acupuncturists or random ones, the same proportion of patients experience more or less the same degree of pain relief (the most common condition for which acupuncture is administered and the most well researched).

Why then is acupuncture starting to be covered by insurance plans? The placebo effect is a real phenomenon that exploits a peculiar aspect of human psychology: If we think we’re healing, our brain releases a cascade of beneficial chemicals, including dopamine and mu-opioid activity, that actually aid in the healing process. Optimism is strong medicine indeed.

As is relaxation. I experimented with acupuncture about a decade ago while living in New York. The hectic pace of the city dissipated when lying in a dark room listening to ambient music; an hour in such a state of meditation is certain to have beneficial effects.

Does this mean the acupuncture has no positive qualities? Actually, no, Interlandi counters. Even though studies have shown that needles stuck in meridian points or just randomly have pretty much the same effect, the pressure of the needle has led researchers to question the efficacy of something else: adenosine.

Most people recognize the term as part of ATP, adenosine triphosphate, which aids cells in metabolism and helps fuel exercise. As a neuromodulator it also helps us fall asleep. And, as Interlandi writes, it appears to help relieve pain, at least in studies with mice.

Injecting the mice with compounds similar to adenosine had the same effect as acupuncture needling. And injecting compounds that slowed the removal of adenosine from the body boosted the effects of acupuncture by making more adenosine available to the surrounding tissue for longer periods.

By exploiting the body’s natural opioid system, acupuncture needles might help boost healing by sending adenosine to the afflicted area. This is important, Interlandi concludes, because this could offer a new mechanism for pain relief to combat the opioid addiction crisis.

Read to get stuck? Not so fast, she concludes:

The researchers did not show that the release of adenosine was specific to acupuncture. Acupuncture needles might cause adenosine to flood the surrounding tissue, but so might a hard pinch, or applied pressure, or any number of other physical insults.

This doesn’t bode well for fans of TCM, but at least acupuncture has led to a potential new source of pain relief that can actually be verified.

Derek Beres is working on his new book, Whole Motion: Training Your Brain and Body For Optimal Health (Carrel/Skyhorse, Spring 2017). He is based in Los Angeles. Stay in touch @derekberes.