The science of "Bet you can't eat just one!" 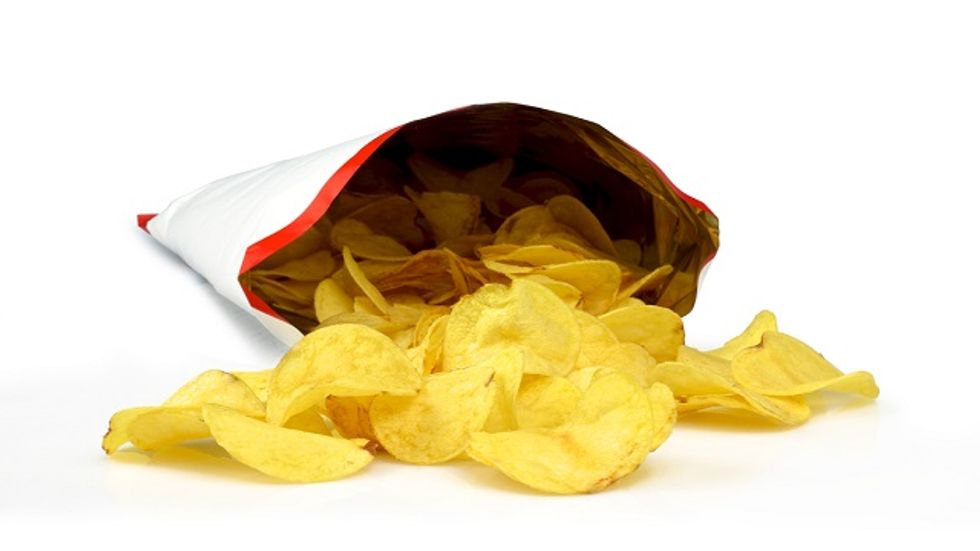 A few years ago, Lay's Potato Chips threw down the gauntlet in a new advertising campaign:  "Bet you can't eat just one!"

It was a clever slogan--and had a clever commercial to match.  But I think the line resonated so much because it's true.  It's quite difficult to eat just one chip.  You open the bag and, before you know it, you've somehow eaten the whole bag.  Even when you didn't think you were all that hungry.

(Full disclaimer:  My personal downfall lies in a bag of Doritos, not potato chips, but the rule still applies).

The act of eating for pleasure, without hunger and often to excess, is called "hedonic hyperphagia."  And researchers at FAU Erlangen-Nuremberg decided to take a closer look at why snacks like potato chips often prove to be so irresistible.

Tobias Hoch and colleagues used magnetic resonance imaging to compare groups of rats:  some who received a feast of potato chips and others who had plain old rat chow.  They found that the chips' high ratio of fats and carbohydrates led to the reward centers of the brain lighting up more than when the animals had access to just the chow.

But Hoch thought there must be something more to it than just fat and carbs--the leading hypothesis of why we love our chips so much.  So he and his colleagues then compared animal chow, a mixture of fat and carbs, and potato chips.  The rats still went crazy for the chips.  And when they looked at the imaging results, they found that there was more than just the reward centers being activated in those potato chip loving brains--food intake, sleep activity and motion centers also received extra blood flow.

Why this is happening is still up in the air.  But if scientists can get a better handle on what is in these snacks that triggers overeating, they can perhaps develop compounds that can block them.