"Our greatest responsibility is to be good ancestors." 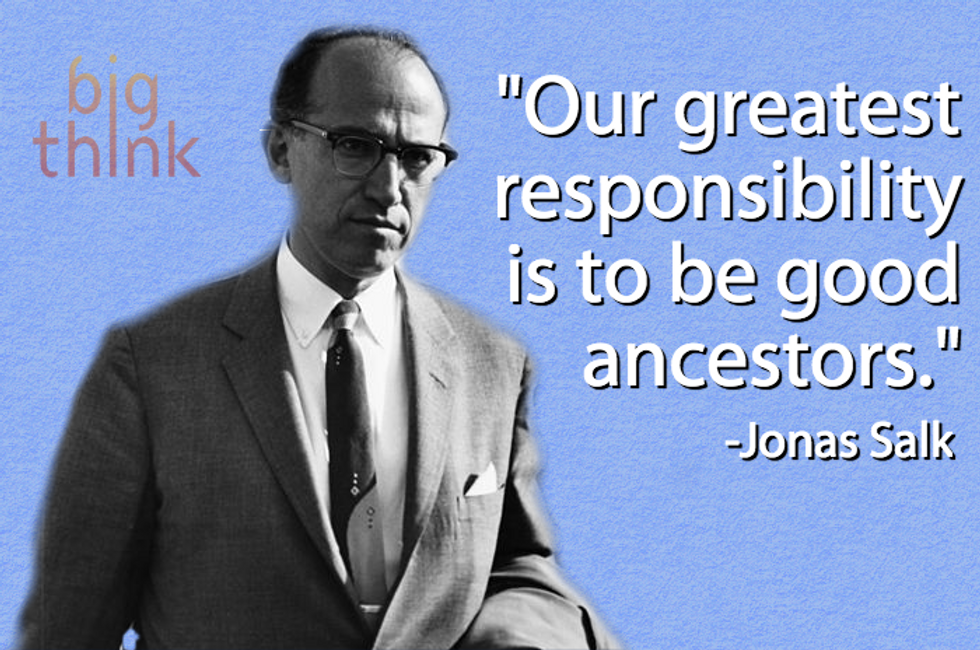 Jonas Salk (1914-1995) was the American medical researcher who developed the first polio vaccine in the mid-1950s. Exceptional in his degree of altruism, Salk famously told journalist Edward Murrow that he sought no patent for the vaccine, equating the thought to patenting the sun. While polio was a devastating, worldwide affliction in the early 1950s, today there are only three countries in which the disease is endemic.

"Our greatest responsibility is to be good ancestors."

Studies show that religion and spirituality are positively linked to good mental health. Our research aims to figure out how and why.