John Gray is a British philosopher best known for his critiques of humanism and Utopian thinking. He has written several influential books on politics and philosophy, including False Dawn: The[…]
Go to Profile 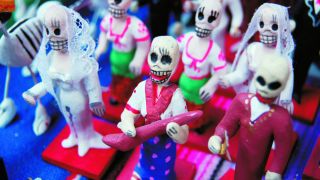 The technological utopia known as the Singularity–when mankind merges with machines–will not bring immortality, says the philosopher John Gray.

John Gray: In respect to many of these technological projects of immortality, what survives is not the person who once lived.  In Kurzweil’s version as a I understand it what is proposed is that elements of the conscious mind, of the conscious self, of the people concerned are somehow programmed, computered and then projected into cyberspace where that self-aware mind can create a variety of bodies for itself in a virtual environment, so rather than having the one frail, aging, vulnerable body that we each of us have to start with people can have a whole variety of different bodies, different genders.  When they get bored with them or want to change them for other reasons they can have as many as they want.

My objection is that what would survive would not be the person because first of all it would only be the parts of the person which are conscious and can be programmed, and my view is that the larger part of each of us and a large part of where our creativity in our lives comes from, both artistic and intellectual creativity is not conscious.  It’s in part of ourselves which is not accessible to conscious awareness, so if my conscious life, my conscious intellectual life is somehow encoded, encrypted and then projected into a virtual afterlife, what there will be out there will be a poor sort of thinned-out cartoon of the person, a thinned-out image of the whole person I once was, and I'm not interested in that kind of immortality.  I wouldn’t accept it if I were offered it.

I might very well accept an extension of healthy longevity of the kind that Aubrey de Grey talks about.  We are already living longer and healthier than many previous human generations did.  I see nothing inherently wrong with that, but indefinite longevity is not immortality and it’s not the kind of radical freedom from bodily frailty that futurists such as Kurzweil want.