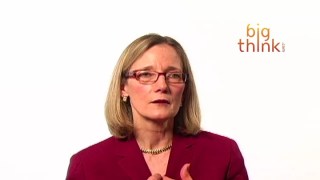 Will Having Sex Prolong Your Life?

When it comes to intercourse, one of the biggest issues for elderly people is finding a partner. But the meaningfulness that sex and social engagement bring to life can be very beneficial.

Question: What are some of the major issues elderly people rnface when it comes to sex?

Patricia Bloom: Some of rnthe major issues are, I think, stereotype-y, especially younger people. Irn mean, there’s all kinds of jokes about that. Whatever... I guess I rnwon’t cite the jokes, but just the humorous view that old people would rnbe sexually active. But for older individuals themselves, I guess one ofrn the biggest issues is having a partner because you know, if you know rnanything about the demographics of aging, it’s a predominantly female rnpopulation. I think when you get to age 100, it’s about 10 to 1, I rnthink, females to males. But even younger than that, you know women livern longer than men. So for a lot of people who have lost their partner, rnjust having a partner is a big issue. So that’s one issue.

Then Irn think what people think about mostly when they think about sexuality inrn the elderly is if you lose the ability to be sexually active, and that rnis an issue; for men it’s erectile dysfunction, and for women having rnother problems at night arise with the actual act of sex. But what’s rninteresting—first of all, there’s ways to deal with that, you know, now rnin this day and age there are numerous interventions that are very rnsuccessful. There are erectile dysfunction drugs for one thing that havern kind of revolutionized male sexuality in older years. I think educationrn is important. I think for older people to understand that their bodies rnundergo certain predictable changes which might change the actual rnphysical act of sexual intercourse, but which don’t preclude it. And rnsometimes just knowing what those changes are... for instance, for men, rnjust that they need to have actual—they don’t get an erection just by rnthinking about things the way they might have in the past, there has to rnbe actual physical stimulation, it can take longer. Certain phases of rnthe sex act cycle are prolonged. So, I think more knowledge can be rnhelpful.

But for a lot of older people, it’s really not the rnsexual intercourse part that’s so important, it’s really the intimacy. rnThe ability to touch, to be physically intimate, as I said, to have a rnpartner. So, there’s a lot of issues, but what’s interesting is that a rnlot of older people are interested in having some aspect of sexual rnexpression, whether it’s intercourse or not. So, that’s coming out a lotrn more. I think the Baby Boomers aging are kind of throwing a whole bunchrn of things up in the air. You know, they are determined to do it in a rndifferent way and they don’t want to be that frail person that everyone rnthinks of when they think of getting older. So, they are really kind of rnpushing the envelope in terms of physical activity, staying healthy, rnaging well, and you know, being sexually active into late years is I rnthink part of that. So, probably it’s going to just become more rnprevalent that older individuals are interested in being sexually rnactive.

Question: Does sex have the power to prolong arn life?

Patricia Bloom: There are actually somern data that suggest that, for instance, men who have—and I can’t give yourn the exact numbers—but men who have two climaxes a week add so many rnyears onto their life. I don’t know how good that research data is. It rnmay very well be that men who are able to have sexual activity tend to rnbe healthier, and therefore they live longer. But having said that, rnwhether it’s true or not that having sexual intercourse a certain numberrn of times gives you a certain number of years of life, I think it’s veryrn true that the engagement, the social engagement, the interaction, the rnmeaningfulness that sex and social engagement and being connected bringsrn to life, that’s definitely been shown to not only prolong life, but rnalso to greatly enhance the quality of life, however long it is.
Recorded on April 14, 2010
Up Next