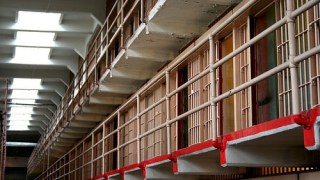 Why We’re Locking So Many People Up

Our skyrocketing incarceration rates are less related to crime than to racial politics, tough-on-crime rhetoric and for-profit prisons.

Question: Why have incarceration rates skyrocketed in recent rnyears?

Robert Perkinson: There’s a lot of reasons.  I rnthink it’s a momentous shift in American history, and it’s really a rndivergence... a place where the U.S. diverged from Europe and other rnindustrial democracies.  You know, incarceration rates in most rndemocracies are pretty stable and were for most of American history. Butrn starting in the late 1960’s, the U.S. changed course pretty radically rnand incarceration rates quintupled over the last third of the 20th rncentury.

Robert Perkinson: What I’m rnarguing is like the big causative shift has to do with the backlash rnagainst civil rights and the kind of Southern strategy in the way rnDemocrats have tried to protect their right flank by throwing criminal rndefendants to the wolves in a sense.  But there’s all sorts of rnlegislative initiatives that have gone through that have made that rnhappen.  And certainly sentencing guidelines have had the unintended rnconsequence of shifting discretionary... shifting discretion from judgesrn to prosecutors, because almost all cases are dealt with and plea rnbargains and it’s meant that the real decision on how much time someone rnis going to do takes place at filing, rather than in a court room.  And rneven more than that, mandatory minimums.

But there’s all sorts rnof, you know, every legislative session from the 1970’s forward has had,rn in every state almost and in the federal government have had different rnkind of foci and different slogans, “Zero Tolerance,” “Mandatory rnMinimums,” “Three Strikes.”  All of them have converged to build the rnlargest prison system in the world.

Question: How have rnfor-profit prisons changed the way we incarcerate people?

Robertrn Perkinson: They have some.  My own sense is not as much as some rncritics of the so-called "prison industrial complex" think.  You know, rnTexas locks up more people in private prisons than anywhere else; rnthere’s 20,000 of them.  My own state where I am now living in, Hawai'i,rn ships a huge part of its population to private prisons on the mainland rnto the desert prison in Arizona and it’s mostly indigenous Hawai'ians rnthere who are bearing the brunt of the drug war and that kind of war on rncrime.  And those private prison companies are skilled lobbyists.  They rnoften hire former bureaucrats, former legislators, former lieutenant rngovernors to make their case.  And I think in some cases, they have... rnin many cases they have argued for longer sentences and tougher law rnenforcement as a way to generate demand for their services.  But I don’trn think you can—and they’ve done that successfully.  So some small extentrn of breathtaking prison growth in America can probably be attributed to rnthe profit motive.  There’s even more money to be made in construction rncontracts for new prisons.  But there’s a whole lot of ways that privatern industry can feed at the trough of government.  And I don’t know that rnprison lobbyists are any more effective than road contractors or even rnpeople who could build community colleges if government were going in a rndifferent direction.

And also, some states have very high ratesrn of prison growth—California, for instance—with no private industry rnbecause the guard union there is so powerful and so effective that they rnare well paid compared to correction officers across the rest of the rncountry, and they have thus far, though we’ll see what happens in the rnnext few months, been able to avoid much privatization.