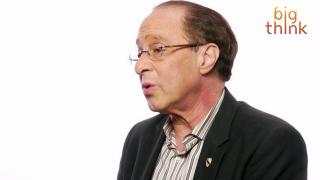 Why Should We Create a Mind?

Ray Kurzweil is the author of the book How to Create a Mind. The first question we have for him is “why create a mind?”

Ray Kurzweil: You could say it’s the goal of art and science to understand ourselves and our brain, our thinking is the most interesting aspect of ourselves.  The three reasons to reverse engineer the brain; one, is to do a better job of fixing it. I quote one of the pioneers of the New Orleans Plant for Parkinson's Disease in saying we're now treating the brain of circuitry, not as a chemical soup, which drugs like SSRI, drugs just treat it like a soup of chemicals.  It is in fact an elaborate network and if we actually understand how that network works we can do a much better job of overcoming problems and limitations, and for that matter we're all limited.

Secondly, we can create more intelligent machines. We've done a fairly good job without actually understanding how the human brain works, but now that we're beginning to get biologically inspired methods, this is going to greatly accelerate AI.

And thirdly, it'll provide more insight into ourselves.  We can't understand ourselves if we don't understand how our brains work. Our identity, our consciousness, the concept of free will is closely associated with the brain. Now it's not exactly the same thing.  We can talk about how these philosophical concepts relate to the brain, but you can't really have a discussion about consciousness, free will, and identity without talking about the brain.