Richard Wrangham is a professor of biology and anthropology at Harvard University who studies chimpanzees, and their behavior, in Uganda. His main interest is in the question of human evolution[…]
Go to Profile 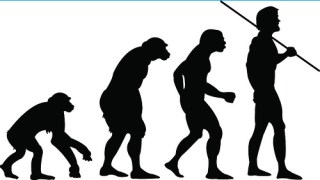 Why Many Americans Don’t Believe in Evolution

Creationism is simply part of the package for many religious people in the U.S.

Question: Why are there so many people in the U.S. who don’t believe in evolution?

Richard Wrangham: The capacity -- no, the tendency to accept evolutionary theory is, of course, not just judged on the merits of evolutionary theory, it's judge because it is as seen as being in opposition to religious belief. And religious belief carries with it not just the belief itself in a particular set of facts and ideas, but all of the huge social and political associations. So, in the United States, if you don't believe in evolutionary theory, or if you do believe in evolutionary theory, then it means it's harder for you to commit yourself to a religious group that has huge significance. And so I think the answer to why it is that evolutionary theory is difficult for people in the states to believe is that religious systems are so incredibly prevalent. And why is that? I guess I think it has something to do with the United States being a rural country and there's a lot of association between rural living and the importance of religious systems. You see it in the Middle East, you see it in Iran, I suspect that as the world becomes more urbanized, you know, we've just past the point where 50% of the world's population live in cities, I think as this tendency increases, probably the importance of religious belief systems will start declining, or will continue to decline and that one of the consequences will be that there will be increasing willingness to accept even those aspects of science that challenge religious beliefs.
Recorded on March 5, 2010
Up Next