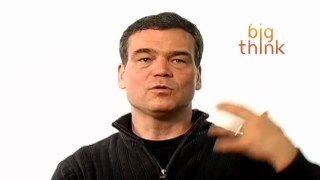 What Today’s CEOs Could Learn From Cornelius Vanderbilt

Problems in corporate America are often connected to the fact that management is no longer answerable to the people who actually own their companies.

Question: What can today’s CEOs learn from Vanderbilt’s management practices?

T.J. Stiles:  Well, first of all I want to be very clear that I'm not an authority on the current financial scene and I don't think that I could reasonably cast a blanket, either condemnation or defense for today's corporate managers. I think there are plenty of companies that are honestly and effectively run. And the American economy certainly continues to be a great magnet for investment and for faith around the world. So when we criticize corporate managers I think in all fairness, you know, for myself I see myself as no ideology. I see myself as a historian first and foremost when it comes to analyzing the evidence. Being honest, looking at all sides of an issue so when I bring that to the modern world I have to say we can't go over the top in any direction.

One of my concerns as someone who has studied the 19th Century and is not looking at today's world, is the distance that exists between for example Cornelius Vanderbilt's attitude toward his responsibilities as the chief executive of a corporation, towards his shareholders. And what - and again what appears to me, not as a student but as a informed observer, the attitude of some CEOs in today's large corporations, specifically when it comes for example to compensation. Vanderbilt took no salary and no bonuses as a chief executive of his corporations. The only remonetization he got was in dividends. Now you can't duplicate that model today because today's investors expect the share price to grow.

They expect the actual assets to increase in value and that's what investors look for. Dividends are a secondary issue at best. In Vanderbilt's day and I look in my book the theories of why this is so at the time, dividends are what investors wanted, so in order to have a healthy company, to have a highly valued company, you had to return a large share of your profits every year in large dividends to your investors. Vanderbilt was a major, often majority shareholder in his companies and so his only income came from dividends which meant that he had to make his companies profitable year end and year out. And that he only got the remuneration that came from running a healthy, productive company that was profitable.

In today's world the, you know, there's many different companies with many different compensation structures and yet we often see that - a very different attitude. For example, because growth and sort of vaguer ideas about what represents - what contributes to the value of a share potential, you know, market share, growth and the potential for growth. A lot of things that don't have to do with actually having a healthy underlying financial outlook for the company, a CEO can be rewarded by creating the perception that a company is healthy and growing and promises great things in the future. And actually could potentially running it into the ground, and yet gets rewarded because he's creating... he or she is creating this perception.

In Vanderbilt's day... of course Vanderbilt as a major shareholder would benefit by perceptions as well but again most of his income - most of his wealth came from steady return on the profits in his company—a share of the profits in his company. Whereas in today's world that's necessarily the case. Another troubling factor which our course creates a potential for a CEO not doing right by a shareholders in the end, another potential problem is the fact that in the modern world management is removed from ownership. And CEOs today often have the ability to basically pick their own boards. The oversight of what the CEO and the way the other executives are doing is often very limited.

Often shareholders have very little say over who is managing their company and sometimes this leads to, this is fine. You know, you have a professional manager who's conscientious and does great things with the company. We can't make blanket statements and yet the removal of management from ownership creates a potential for self-dealing, a conflict of interest. And throughout history we repeated see this so this is troubling to me in way that, for example the shear size of executive compensation is not as troubling. Of course, I love the ideal of having a very equal society but in a corporate capitalist economy what troubles me most is when there's a conflict of interest and the people who are running a company have no oversight. And there's no one looking over their shoulder, there's no one there an- in practical terms, they're answerable to.

And when you have that situation then you have somebody who's potentially taking money that rightfully belongs to the shareholders. And the terminology that they use in Vanderbilt's time is very interesting. They would refer to the shareholders as the owners. They didn't talk about, you know, the shareholders, they talked about owners and they referred to the company as your property in their annual statements for example. And this is very important, this is having that attitude as a CEO keeps you honest. And being able to run the management out of town if necessary, you know, having that threat is important, I think to keep something healthy. We have that in politics and we have enough trouble in politics as it is.

And we need that in corporate management as well. So I don't want to make a blanket condemnation, it's just that of today's executives. When we do have problems and we do have controversies I often think it's connected to the fact that a lot management of large corporations are no longer answerable to people that actually own the company. And when that happens I think that's when trouble often steps in.

Inside the Psyche of a Robber Baron