Madeline Levine is a psychologist, educator and co-founder of Challenge Success, a project birthed at Stanford's School of Education. A New York Times bestselling author, she is a frequent keynote[…]
Go to Profile 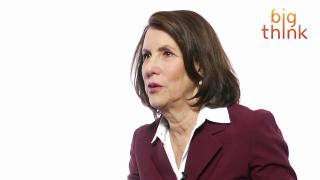 Over-parenting involves doing what your child can do, can almost do and confusing your child’s needs with your own.

Madeline Levine: You know, parents were never that involved in their children’s lives. They were busy making a living or doing other things. Now the family has become child-centric and so everything is really devoted to the cultivating and the care and feeding of the children in the family, with the result that, I think, there's a fair amount of over-parenting.

I began noticing that things really were quite different probably about a decade ago. I’ve been a clinical psychologist now for about 28 years and historically, like sort of knowing a child who's depressed, that was a pretty easy diagnosis. Were they tired? Were they not interested in things? Were they giving stuff away? Were they teary? And I started having kids who looked very different than that.

So in a book called the Price For Privilege that I wrote about six years ago, it opens with a young lady who comes in, looks great for all the world - you know, "Hello Dr. Levine. It’s a pleasure to meet you."  I mean, I’ve been practicing long enough to know it’s never a pleasure to meet a shrink when you’re 16. But after all the niceties, you know, she rolls up her arm - her sleeve, and she shows me she’s taken a razor and cut the word “empty” into her arm. And she sort of became iconic for me. She was the kid who looks good and doesn’t really have much of a sense of self, feels empty.

And so I got interested. I started talking to other mental health professionals. They were kind of seeing the same thing with this upswing in parenting that was extremely involved and intensive. And it's like, well, how come these kids are doing poorly because, historically, parental involvement’s a protective factor. We want parents to be involved. But we don't want them to be over involved because when they're over involved, like this girl, stuff isn't being developed internally. It’s coming from the outside. “You’re doing so well, you’re so smart, you’re a genius.” You know, this kind of stuff. And it doesn’t allow a space in which kids can start crafting a sense of who they are internally. And that’s the protection against feelings of emptiness.

What I define over-parenting as is when you do what your child can already do. So if your child already knows how to write, don’t hover over their work because all you do is get in the way of them feeling competent and confident, which leads to self-esteem.

The second part of over-parenting is doing what your children can almost do. Like, don’t do that. Let them have the opportunity to try in the same way that we allow a toddler to take a few steps and fall down, and take a few steps and fall down. And we don’t yell at that toddler and we don’t say, “You’re going to be flipping burgers for the rest of your life or folding shirts at Forever 21.” We sort of get that the toddler has to fall and fall in order to master the art of walking. And it's the same thing all throughout development but we’re very quick; we feel the stakes are higher when kids are older. We argue about the B+ with the teacher; maybe it should’ve been an A-. It’s a bad idea. So don’t do what your child can almost do because that’s the arena in which they actually grow.

The most toxic part of over-parenting, I think, is when we confuse our own needs with our children’s needs. And that’s the “we’re going to Harvard.” I had a dad and the kid in my office, and they're sitting together. The kid’s a really bright kid; he's going to go to some, you know, prestigious college and the father’s sitting very, very quietly until the kid gets to “I’d like to go to Harvard,” at which point the dad jumps up and says, “There's a school I would give my left testicle to get my son in to.” And aside from the fact that it’s bad form, actually, it’s the wrong thing to do because it’s not about the kid. And so the kid's got a million things he’s got to worry about; his grades and his girlfriend and his body and where he’s going to school and what he wants to be and what his values - and he doesn’t have to worry about dad’s gonads. I mean, that’s just taking him off track. And I think that’s the most toxic part of over-parenting.

But those are the three things: doing what your kid can do, can almost do, and not being able to tell the difference between your needs and your child’s.

A Universe Is a Free Lunch