Mike Leigh is an English writer and director of film and theater. He began his career in theater, studying at the Royal Academy of Dramatic Art, acting with the Royal[…]
Go to Profile 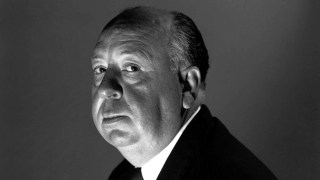 What Hitchcock Got Wrong

The British master of suspense once said that women who spent all day doing chores wouldn’t want to watch a film about a woman doing chores. Mike Leigh begs to differ.

Question: Why do you make films about ordinary people?

Mike Leigh: Well let me begin by quoting Alfred Hitchcock who memorably said: "A woman who spends all day washing and cooking and ironing doesn't want to go to the movies to watch a film about a woman who spends all day washing and cooking and ironing."  And, in my experience, Mr. Hitchcock’s assertion is rubbish because I really think people are greatly stimulated and enriched by experiencing in film just as we can from novels and other art, experiencing things that resonate with what our lives are about.  I think people really want to know... want to share, want to have the stimulus to think and care about the way they live their lives, the way they relate to other people, their aspirations, their hopes, et cetera. So, that is where I sit. And the fact that there is on a completely different planet from those of us in world cinema—because films are made all over the world all the time and only a thin slice of that product is Hollywood—but from the point of view of the rest of us it is all about using that movie camera to look at life, to capture it and to get to find ways of distilling the essence of it. But on this other planet which is called Hollywood there is this corporate, industrial, cynical process that makes films according to completely different criteria.

Question: Do you feel you're thumbing your nose at Hollywood by making a film about lonely, old people?

Mike Leigh:  Well I mean you know I take no notice of the trends.  I really...  It doesn’t...  It has never concerned me at all.  I mean my job is to deal with what I want to deal with and reach an audience by doing so.  Indeed my last film, "Happy-Go-Lucky," did on the whole focus on youngish people, people that were around 30. And I did decide that now was time to deal with, apart from the various other things, "Another Year" is about people of my own age—I’m 67 right now—our generation and the fact that life is moving on and all of those things.  I’m not so much cocking my snoot at trends or anything else.  I’m not bothered about that.  I trust that if I make a film which is about issues surrounding older people it will actually talk to an audience and it’s already become clear that young audiences are absolutely as fascinated and engaged by Another Year as older audiences.  It crosses the age barriers and boundaries quite honestly.  One must not forget and it’s obvious to say this I know, that trends and all of those things and formulae that calculate what audiences want to see and what audiences don’t want to see and various other demographic demarcations are the eccentric and ludicrous prerogative of Hollywood studios. But out there in the real world—by which I mean the rest of the world where we make truthful organic films, independent films unimpeded by interference—it’s not about all those sort of calculating what is commercial.  It’s about wanting to say things and saying them in a way that will get through to people.