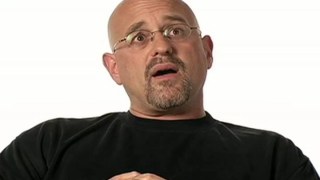 What are the biggest issues in psychology today?

Gilbert looks forward to answers to questions we haven’t even asked yet.

Question: What is the big issue in psychology today?

Dan Gilbert: Psychology’s confronted by all sorts of large issues – delightful ones – big questions that people are pounding away at and kicking away at, and are making good dents in, and that we ultimately might answer.

Our problem is we tend to throw babies out when we drain the bath water.  And so I think one of the problems confronting psychology is we have to stop throwing away the paths every time we make headway into the future.

Surely the other big problem facing psychology is the problem facing any behavioral science in the United States of America, which is we have leaders who don’t much appreciate behavioral science.  It’s an odd thing, given that virtually every problem you’re trying to solve is a problem of human behavior.  These aren’t sciences that gather much respect.  And as a result, they’re not sciences that are doing very well in terms of funding.  It’s quite possible that psychology, as we know it, won’t exist as a science in 10 or 15 years if we follow the present course of funding in the U.S.A.

Question: What are you most excited about?    Dan Gilbert:   Well I think what’s most exciting about any field of science – and I’ll certainly speak for my own – is that the answers that are going to be most delicious in the next 10 or 15 years are to questions we haven’t even asked yet.

Young people are going to be asking questions that haven’t even occurred to us and providing answers.  And we’re either going to sit back astonished and go, “Wow!”, or we’re going to sit back like a bunch of grumpy old men and women and say, “Things aren’t like they used to be."