Ruth Porat is the Chief Financial Officer of Alphabet (Google), after 22 years as Morgan Stanley's CFO. At Morgan Stanley, she advised in many of the firm's largest and high-profile[…]
Go to Profile 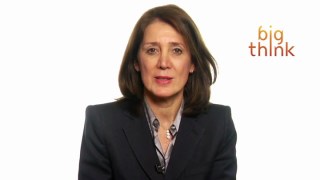 Understanding the Relationship Between Wall Street and Main Street

The financial crisis showed how important it is to have a safe, yet robust financial system to fund the growth of small, medium, and large companies. Curbing excesses is clearly important, because stable growth benefits everyone.

Question: How has the economic crisis affected the capitalism?

Ruth Porat: I think one of the key lessons or reminders is how intertwined Main Street and Wall Street really is.  When we were working with the federal government during the AIG crisis, one of my biggest concerns in that very rapid collapse of AIG was how many companies in this country could have liquidity choked out and they didn’t... it was coming too quickly and the implications across the country were profound. And so I think one, recognizing how important it is to have a safe, yet robust financial system if we hope to have financial growth is a very important reminder. And that, in fact, if you don’t have a healthy financial system it’s hard to fund the growth that small, medium, large companies and individuals need and deserve. So I think again it’s the relationship between Main Street and Wall Street is important.  Curbing excesses is clearly important. And I think putting us on a stable base, so we can have that consistent growth in the industry to support capitalism, otherwise, again we can’t have the growth that the country needs to... can’t have the growth the economy needs.

Question: Are you optimistic or pessimistic about the future of capitalism?

Ruth Porat:  I'm generally an optimist.  I think I've seen so many cycles in my 23 years in the business.  I started in August of 1987 only to see the market have one of the biggest crashes ever in October of ’87 and seen a number of other cycles. And after each one lessons are learned and I think that the pendulum often swings too far one way before it comes back the other way, but there is an important learning and growth opportunity that comes out of each one of these situations.  This is clearly more profound than what we’ve seen in many, many decades and so one would hope that we’re building the right foundation to grow from this base.

Who Is Eduardo Saverin?