Tim Wu is an author, policy advocate, professor at Columbia Law School, and director of the Poliak Center for the Study of First Amendment Issues at Columbia Journalism School. Wu's[…]
Go to Profile 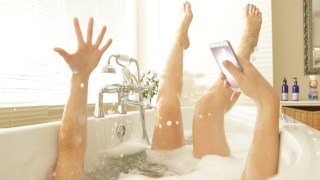 Psychology, Social Media Addiction, and the Element of Surprise

Checking email and being on social media gives us a reward similar to playing slot machines, or fishing. We never know what's going to happen next, and that's what makes it so compelling.
▸
3 min
—
with
Tim Wu

Checking email and being on social media gives us a reward similar to playing slot machines, or fishing. We never know what’s going to happen next, and that’s what makes it so compelling.

Tim Wu:  You know one of the most important chapters in establishing our present existence so to speak, our present media existence was the realization of the power of the check-in. That is that urge, maybe you’ve felt it, I’ve got to check my email or maybe I should see what’s going on in my Twitter stream or it’s time to go to Facebook. That’s kind of an unusual thing. I don’t know how you’d explain it to another generation but it’s kind of almost like a biological feeling that you need to check-in. I would say it was invented sometime in the 1970’s with email, the first emails.

In fact, the first email addict in my reading was a man named Stephen Lukasik who was the head of the ARPA agency in the Pentagon in the early 1970’s. And he was an interesting guy because he carried around what was then a portable computer in the 70’s. This huge terminal and he would plug it in everywhere he went and he would check his email. And he insisted everyone do it and he was the first guy who had what many of us have right now which is just this almost addiction to checking in. Now the psychology behind it is interesting. It is very reminiscent of what B.F. Skinner described as operant conditioning. That is to say that the tenancy of all creatures, not just humans but pigeons and other animals to take actions that will lead to rewards, you know, pecking at a little button to get a little snack. But one of the things that Skinner noticed that I think is very relevant for our lives is the most addictive forms of rewards are those that are unpredictable. And so, for example, if you peck every time and out comes a little prize that’s not that interesting. It’s the things that you can’t predict whether they’re slot machines, whether it’s fishing, whether it’s playing golf. All the things that like actually really capture our interest are things where the reward payout is quite unpredictable.

And email obviously has that quality. So does Facebook. Most of the time you show up there’s nothing much there. But occasionally you might see something extraordinary in email with great news or maybe a very meaningful message. You know you log into social media, most of the time it’s kind of a bore but occasionally something quite profound is there. And this turns out to be the most addictive kind of thing, these unpredictable reward schemes. And I think there’s a sense in which we’re little pigeons sitting inside our boxes pecking away. I mean this is not the most inspiring model of humanity but sometimes it all like that. Pecking away and waiting to see what rewards come to us and that has proven to be a very addictive – I don’t know if that’s the right word but very compelling scheme and one which I think many of us have gotten involved in.

Why There Are No Viable Political Alternatives to Unbridled Capitalism