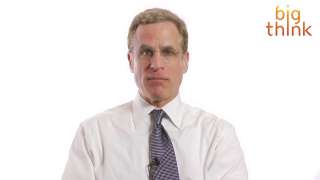 How to Find Sustainable Success

Make sure whatever job you pick has enough intrinsic motivators in it that you can enjoy it long enough to get to your goal.

Intrinsic motivators are things like how interesting is the task, satisfaction, belief in a mission, enjoyment of peers.  And what I always say to people is one is not better than the other, but my experience is extrinsic motivators tend to be back-end loaded, they tend to be delayed. They tend to be things that come to you after many, many years unless you happen to be, you know, a college athlete or something.  But most of the time it takes years to get those accolades.

And so I’m not saying if you say you want money and that’s the number one thing, fine.  I’m not – who am I to argue with you.  But make sure whatever job you pick, if that’s what you want, has enough intrinsic motivators in it that you can enjoy it long enough to get there.  And so people need to focus much more on intrinsic motivators probably than they do.

It’s easier to measure extrinsic motivators.  Intrinsic motivators only you know.  I know whether somebody has a lot of money, we can measure that.  I don’t know how much I enjoy a task.  Only I can answer that question.  No one else can tell me the answer to that.  And so I’m trying to get, again, people to take ownership of that.