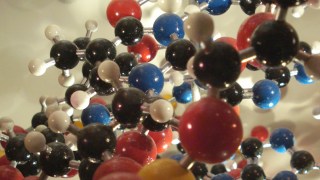 Scientists have isolated a new gene that has radical implications for everything from the entertainment industry to cocktail party conversations, says Kaku.

Michio Kaku: I have the privilege today of announcing on Big Think a discovery which could really change the social landscape of our country in fact.  Scientists have just announced that they have isolated the funny gene.  That’s right, the funny gene.  Some people have it;  some people don’t. Some people are born with it, and already we’re being flooded with phone calls.  Jay Leno’s office called and said, “How can Jay get one?”

So if you’re at a party and everyone is laughing at some hilarious joke and you just don’t get it, don’t worry.  It’s not your fault.  It’s in your genes.

▸
with
Will Shortz