Ayaan Hirsi Ali is a Dutch-American feminist filmmaker and political writer. She is author of several books, the latest of which is Heretic: Why Islam Needs a Reformation Now. She[…]
Go to Profile 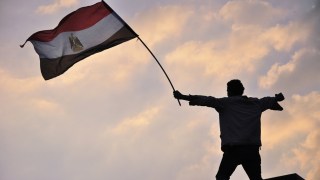 Revolutionaries, Examine Your Own Convictions

People engaged in social and political reform (and sometimes revolution) have to think through what the next step is. It’s not enough to just say no to a bad guy.

Ayaan Hirsi Ali: To start a movement from scratch is obviously very, very difficult, but it’s very important to examine and reexamine your own convictions as a part of that movement or as an instigator of that movement.  For instance, Ayatollah Khomeini who is credited with the Iranian revolution of 1979 . . .  it was legitimate at the time to protest against the oppression of the Shah, and he had thought things through and he came up with “Islam is the solution.  We have to get rid of anything that is western and foreign.  We have to go back to our roots, and Islamic Sharia is the answer.”  People at that time may not have agreed with him but who had more hatred toward the Shah than they had rationally thought through what Khomeini was saying were swept by the feeling that there is something new on the horizon, and it’s attractive and it’s familiar.  If only in those years they had thought a little longer.  If only those individuals had spent time thinking about “am I really convinced that divine law is the answer to our society, of Iranian problems?”

It is very important to examine yourself and develop a creed, develop a—not only a narrative, but also a practical way to getting to the vision that you hold.  It’s not enough to say “no” to the bad guy.  Human history is full of revolutions that never materialized where the oppressive regime is overthrown and whatever follows sometimes is worse where you get anarchies, you get bloodshed, you get a new form of oppression.  So people engaged in social and political reform and sometimes revolution have to think through what the next step is.  What is going to come after the fall of Qaddafi?  What is going to come after the fall of the Saudi monarchy?  What do we want to put in place?  These are very, very difficult answers because most people don’t agree on what that outcome should be.  It’s easier to agree on getting rid of the bad guy.

How to Find Your Own Voice