Eva Illouz is a cultural sociologist at the Hebrew University of Jerusalem. In her new book, Why Love Hurts, she argues that while love has always had the capacity to[…]
Go to Profile 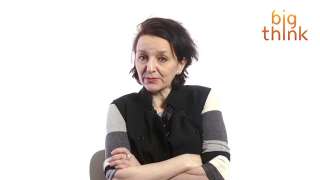 Rationalization is Sucking the Passion Out of Love

We are socialized to blame ourselves when things go wrong in love because that is what is available to refashion when you are in a psychiatrists office. Sociology can help rid us of the idea that failure and suffering in love is self-inflicted/reflexive.

Eva Illouz: Both for cultural and kind of intrinsic reasons, universal reasons, we tend to explain phenomenon by attributing them to an individual.  So an individual fails something, it must be because his or her psyche has some hidden flaw or overt flaw, which we are going to use to explain the failure of the person to do something. I think there are both very powerful cognitive biases or cognitive reasons for this fact -- and cultural ones as well. And when I say cultural ones as well, I mean the predominance of psychology, of Freudianism, of clinical psychology in how we think about other people. We think about them in terms of having a psyche with unconscious forces, which determine people to do what they do.

Take the example of the famous commitment phobia of man, which has been explained as a psychological deficiency of men. I tried to show in this book that commitment phobia is not only or predominantly a psychological deficiency but rather a reaction of masculinity to what we may call very broadly the conditions of modernity and especially to the ways in which men have been incorporated in the capitalist workplace.

I would shy away from bestowing any therapeutic value to my work, but I was forced to recognize that many people - actually many people told me that the book had a great therapeutic effect on them and that, although I critique a great deal self-help culture, the book ended up in a way, or playing a kind of self-help role in peoples lives.

And if I try to understand why it did that, I think because I make the very strong claim against the fact that therapeutic culture, Freudianism, has - when you accumulate its affects - I’m not saying this is what Freudianism had in mind, I’m saying as a culture worldview, this has been the effect of psychology. The effect has been to make men and women, but especially women, feel responsible for their own failures - for their own romantic failures.

In other words, if everything is psychic, if everything is inscribed in the unconscious, if by clarifying what it is that we - that is hidden in the unconscious, we can better control those forces, and if by better controlling those forces we can better control our relationships with others and reach emotional well being with them, then that means that any failure to do that points back to a failure of our psyche. This has produced, I think, a collective feeling of responsibility for those romantic failures, especially among women, which means that we have then two levels of difficulties.

One, are the difficulties that are produced by what I call the “conditions of modernity,” namely, the deregulation of what I call the “deregulation,” the fact that there are no more rules really to meet others and to bond to others. These rules or rituals have collapsed, and everyone is left on its own - on his or her own to figure out these rules. So that’s the first level of difficulty.

And the second level of difficulty is when these things don’t work, for whatever reason you can’t find a partner, or you’ll find a partner and you don’t get along with him or her, or you find a partner, you get along with him or her and then you get bored, or you have a sexual desire for other people within your own relationship, and so on and so forth. All of these are, I would say, expressions of the contradictions and dilemmas that people are living through in their relationships. So when you live through these difficulties, you attribute them back to your own self, to your own deficient self, and you are making this constant work, you are doing this constant work on yourself to alleviate those difficulties. That creates then a double level of difficulties.

And so I would say that the therapeutic effect is understanding the collective dimension of those struggles. It’s a political action. When you think about what is politics, politics is understanding that what you're struggling with is not your own private story but the story of many people. And once you become aware of the collective dimension of your experience, then it becomes a political experience. This was precisely the effect of feminism. It was to take the woman's experience and show that what felt like a very private was much more collective and much more well shared. And this in itself has a kind of liberatory and therapeutic effect. So I would say it is - it has a therapeutic effect because it re-politicizes these experiences.