Cory Booker on PC culture: Is censoring others really the best way?

The key to changing hearts and minds for a better world? Lead with love, says Senator Cory Booker.

Cory Booker is the junior United States senator from New Jersey. He was born in Washington, D.C., and his parents, who both worked for IBM, later relocated the family to Harrington Park, New Jersey. A star high school athlete, Booker received a football scholarship to Stanford University, where he earned his bachelor’s and master’s degrees. He then attended Oxford University as a Rhodes Scholar before earning his law degree from Yale University. Booker won a special election to fill the term of the late Senator Frank Lautenberg to become New Jersey’s first African American senator and only the twenty-first person in American history to ascend directly from mayor to senator. Booker lives in Newark’s Central Ward. His book, United: Thoughts on Finding Common Ground and Advancing the Common Good, gives an account of his own political education that have shaped his particular civic vision for America.

CORY BOOKER: I wrote an article in college where I tried, as a senior or fifth year student, I tried to talk about my coming to grips with homophobia that I had as a teenager. And I was very honest in the article about my just twisted thoughts about gay Americans, discomfort, you know, in that area. And in the article I talk about this man who I still remember—I haven't been in touch with him in years—a guy named Daniel Bao; one of the more beautiful human beings I ever met.

And I was working at a 24-hour crisis counseling center and a lot of the calls we would get would be men and women who were struggling with coming out. And it was devastating to me as a counselor. I just had no idea the levels of suicide, physical abuse, kids that were homeless because of family reactions. The bullying and intimidation that gay Americans were enduring. It was like I was seen behind the veil of the realities. And it really called into question my own issues and I remember some nights I would sit with Daniel and question him in ways that now I think about I've experienced questions from people who aren't black who ask me questions that I thought were sometimes just ignorant or if I had a dollar for every time when I was growing up the kids would ask me to touch my hair, you know. And it got tedious, you know, because I was so different. I was one African American in an all white community, my brother and I. And just the comments that were made—innocent comments but over and over and over again they became a tax on my self-esteem in many ways. And so now here I was in college asking the same kind of questions to a gay man; ignorant questions, personal questions. And the way he dealt with me didn't make me feel uncomfortable or ashamed but was so patient, was so loving, was so kind.

I'll never forget that and I grew from his love. I grew form his generosity of spirit. I grew from him enduring and in fact accepting and inviting those questions. So I don't know if I have constructive commentary to give about what's going on on a lot of these college campuses, how people are reacting to what they call environment of PC, political correctness, but I just know in my life, having been both the minority dealing with folks and their commentary and having been a guy trying to learn about other cultures that I just want to always lead with love. And I just want to always be as generous as possible. And even though it's tough; I know if you're gay or black or Muslim—I've been there—how tough it is every single day. If you're biracial, I mean, biracial people if they had a dollar for every time somebody asked you—just walked up to you and didn't even know you and said what are you, you know. Well I'm a human being. I'm a person with feelings, you know. You endure that when you're different and all of us have. I mean having conversations with a female senator Kirsten Gillibrand listening to her book right now. Just hearing her—that stuff she endured just as a woman in politics where everybody seems to think it's their right to comment on her weight or what she's wearing. All of us have to endure that or many of us have to endure that.

And whatever side of this you're on come back that idea: Am I leading with love? Is my question reflective of love, of empathy, of compassion? Am I being gentle in how I deal with this? And that doesn't mean for us activists—it doesn't mean be less strident in seeking justice. It doesn't mean be less hard in defending rights. But the people I revere from our history who were so successful at moving the needle on advancing rights and equality, many of them led with love and I think that that was their most powerful weapon for transforming hearts and minds. 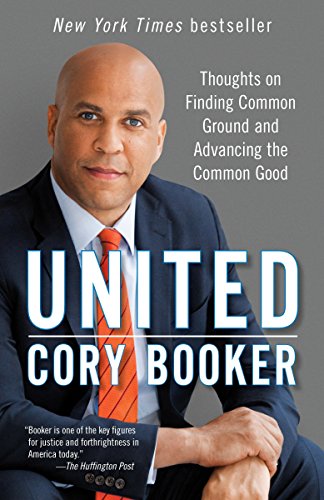