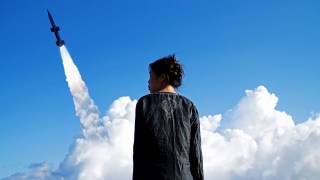 Nine wars have been predicted to erupt since the early 1990s, and all have failed to materialize. That's a result of trade, the interconnectedness of financial markets, and supply chain integration.
▸
3 min
—
with
Parag Khanna

Nine wars have been predicted to erupt since the early 1990s, and all have failed to materialize. They have neither become the regional-scale conflicts predicted by international affairs experts, nor have any resulted in the much-fabled World War III. And conflicts which have occured, from the civil war in South Sudan to America’s occupations of Iraq and Afghanistan, were predicted by no one.

As a whole, says Parag Khanna, the world has become a more peaceful place, but not for the reason typically given: trade. Plenty of nations that have traded with each other have gone to war. European nations, for example, consistently traded goods for generations for becoming the wellspring of two major armed conflicts. Today, says Khanna, there are additional reasons we don’t go to war.

Financial interdependence is one. More than ever before, countries hold one another’s debt in the form of currency reserves, all backed by the American dollar. Acting aggressively has become too financially risky for even the wealthiest countries. Another deterrent against war is “supply chain integration,” i.e. the companies of one country making goods in another. Were a (trade) war to break out between the US and China, for example, a corporation like Walmart would have more to lose than the American economy could accept.

Countries that lack trade ties, financial interdependence, and supply chain integration — places like South Sudan and Afghanistan — have become ripe for war in the new millennia. There is perhaps no greater argument for continued economic progress than the protection of marginalized populations in all corners of the globe.

Parag Khanna: There have been about nine major wars that have been predicted in the last 25 years.  But interestingly none of them have escalated to the level of a major regional war or a global conflict that we would describe as a World War III.

And I think a lot of it has to do with the fact that we are not just interdependent in terms of trade.  Because as we all know Britain and Germany traded a fair bit with each other prior to World War I breaking out 100 years ago.  But not only do we have trade interdependence today, today we have a large amount of financial integration.  We hold a lot of each other’s debt in terms of treasury bonds, corporate bonds.  We are very invested in each other’s economies.  There is also supply chain dispersal.  We now manufacture goods in even our own rival’s countries.

The United States and the Soviet Union didn’t trade a whole lot with each other.  Today not only do the United States and China trade a great deal with each other but many American goods are of course made in China.  Walmart, America’s largest retailer makes most of its goods in China.  If a war between the U.S. and China were to suddenly break out tomorrow that would probably mean very bad news for the bottom line of America’s largest retailer.

So we are much more careful of course about stumbling into conflict because we not only have nuclear deterrence, of course, and we have the lessons of the past.  Those are all intellectual factors and strategic factors. We also have the trade interdependence.  We also have the financial integration.  We also have the supply chain dispersal.  And we have the allure of the size of the markets of our rivals and competitors.  Most of the American Fortune 500 generates more revenues from abroad than from home.  It doesn’t want to fight wars with the countries on which it depends for its exports and for its revenues.

Leaders are wisely making these cost benefit calculations and saying, “Yes, I have national pride at stake.  Yes I believe that my country has been aggrieved historically by this rival.Yes we want to win in the relationship with them and in the race with them. We want to do all of those things but it’s not worth the price of actually going into all out warfare.”

I wish that our institutions were to embed this kind of integration and wisdom that prevents a World War III from breaking out.  We always have to be afraid that that can happen.  And all of those things that we’re doing correctly – the supply chain dispersal, the financial integration, the trade interdependence.  Even the demographic integration between countries – let’s do a lot more of that.