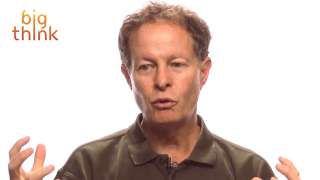 According to John Mackey, CEO of Whole Foods Market, just as a dollop of yogurt introduced into a jug of milk will transform the whole jug, a star employee or two can be the “starter culture” for a new office or store.

John Mackey: How do you transfer the culture of Whole Foods to a new store?  Good question.  Most of the people working in the new store we hire from the outside, so how do you ensure that the culture doesn’t… that it's consistent with Whole Foods culture?  Yogurt metaphor.  The way yogurt works is you take the old yogurt culture and you put it in milk.  You have to put enough of the old culture in, and then that old culture will convert the milk into yogurt.  But if you don’t have the right temperature and you don’t have enough of the old culture, it’ll go sour and it won’t convert.

So, when we start a new store, we make sure that we transfer enough starter culture from other stores that are already Whole Fooders, who've already incorporated our values and our culture within themselves into the… into the store.  And if you get them in the key leadership positions and you do good training - which we put a great emphasis on that initial training - then you have the basis for the yogurt culture to transfer to the new store.

Now, of course, you talk about your core values and you put forth all of these things, but the new team members that we’ve hired, they’re looking for keys to how to flourish in this new environment.  So, if you provide that through leadership by example, then people just naturally emulate it.

The great thing about a culture is that once you really get it going, it evolves on its own.  It’s self-organizing.  It’s dynamic.  It just feeds on itself.

Elevator to the Stars