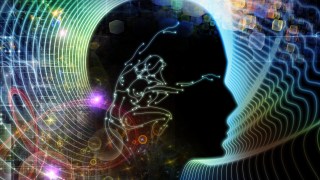 Introduction to the Optimized Brain, with Steven Kotler

Flow is technically defined as an optimal state of consciousness where we feel our best and we perform our best. Steven Kotler runs through the neuroanatomic shifts that make it possible.
▸
5 min
—
with
Steven Kotler

Flow is technically defined as an optimal state of consciousness where we feel our best and we perform our best. Steven Kotler runs through the neuroanatomic shifts that make it possible. If your guess is that the brain somehow works harder or faster during flow states, you may be surprised to learn that everything actually slows down thanks to what’s called transient hypofrontality.

This is the first video in a five-part series with Steven Kotler on the “optimized brain” available in playlist form here.

Steven Kotler: Flow is technically defined as an optimal state of consciousness. A state of consciousness where we feel our best and we perform our best. It refers to those moments of total absorption when we get so focused on the task at hand that everything else disappears. So our sense of self, our sense of self-consciousness, they vanish. Time dilates, which means sometimes it slows down. You get that freeze-frame effect familiar to any of you who have seen The Matrix or been in a car crash. Sometimes it speeds up and five hours will pass by in like five minutes. And throughout all aspects of performance, mental, and physical, go through the roof. Underneath the flow state is a complicated mass of neurobiology. There are fundamental changes in neuroanatomy — which is where in the brain something’s taking place — neurochemistry, and neuroelectricity, which is the two ways the brain communicates with itself. The most prominent of this is the neuroanatomical changes.

So the old idea about ultimate performance — “flow” is what’s known as the 10 percent brain myth. The idea that we’re only using 10 percent of our brain at any one time so ultimate performance must obviously be the full brain firing on all cylinders. And it turns out we had it exactly backwards. In flow, parts of the brain aren’t becoming more hyperactive, they’re actually slowing down, shutting down. The technical term for this is transient, meaning temporary, hypofrontality. Hypo – H – Y – P – O – it’s the opposite of hyper means to slow down, to shut down, to deactivate. And frontality is the prefrontal cortex, the part of your brain that houses your higher cognitive functions, your sense of morality, your sense of will, your sense of self. All that shuts down so, for example, why does time pass so strangely in flow? Because David Eagleman discovered that time is calculated all over the prefrontal cortex. When parts of it start to wink out, we can no longer separate past from present from future and we’re plunged into what researchers call the deep now.

Transient hypofrontality is interesting. It was discovered back in the '90s and it had a very negative connotation; it was found in schizophrenics and drug addicts. And then in the early 2000s, Aaron Dietrich, who was then at Georgia Tech, discovered or hypothesized that transient hypofrontality actually underpins every altered state — dreaming, meditation, flow, drug addiction — it doesn’t really matter. And then in 2007, 2008 Charles Limb at Johns Hopkins working with first jazz musicians and second with rappers was looking at flow in those contexts and found that the prefrontal cortex was shutting down as well. Though depending on the altered state, you get different parts are shut down. Like in flow one of the most prominent examples is the dorsal lateral prefrontal cortex. It shuts down in flow. This is the part of the brain that houses your inner critic, that nagging, defeatist, always-on voice in your head turns off in flow. And as a result we feel this is liberation right. We are finally getting out of our own way. We’re free of ourselves. Creativity goes up. Risk-taking goes up and we feel amazing.

The project at the Flow Genome Project — my mission for the past 15 years has been sort of to reclaim flow research from the hippie community, from the new age community and put it back on a really hard science footing. And really what that took was flow research has been going on continuously at kind of both here in the United States and Europe all over. And it really just took synthesizing all the information and bringing it together and putting it on a hard and neurobiological footing. That said, there’s a bunch left to do, right. We have 150 years of flow psychology and flow science goes back all the way to the 1870s. In fact, some of the earliest experiments ever run in kind of early neuroscience and early kind of experimental psychology were run on flow, were done on flow. In the past 25 years as our brain-imaging technology has gotten better and better and better, we can look farther into the brain and see what’s going on. We’ve got about 25 year of neurobiology that’s underpinning and I sort of think it starts with Dr. Andrew Newberg at the University of Pennsylvania who was looking — he was actually looking at spiritual experiences in meditating Tibetan Buddhists and Franciscan nuns.

And he found that “state of cosmic unity” when we become one with everything is actually a byproduct of transient hypofrontality as well. That’s what happens when the hypofrontality moves out of the prefrontal cortex and back into the right parietal lobe, which is the part of the brain that separates self from other, right. It allows us to walk through crowded rooms without bumping into people and things along those lines. In flow or any kind of deep focused attention, this portion of the brain shuts down so we can no longer separate self from others. So when people talk about feeling one with everything you’ll get it in action sports — surfers will talk about being one with the wave, mountain climbers one with the mountain, whatever it is. For Buddhists it’s cosmic unity; it’s one with the universe. But what’s really happening is the portion of the brain that separates self from other is shut down so we can no longer distinguish between the two things. And as a result we feel one with everything.

This is the first video in a five-part series with Steven Kotler on the "optimized brain" available in playlist form <a href="http://bigthink.com/playlists/the-optimized-brain-a-workshop-on-flow-states-with-steven-kotler">here</a>.
Up Next

Claire Shipman: Be Biased in Favor of Taking Action