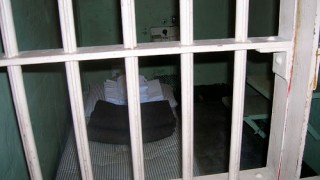 The massive rise in the prison population isn’t one of the primary reasons that crime has decreased.

Question: Why has crime, generally, declined over the past 20 rnyears?

Robert Perkinson: We have seen a historic rndecline in crime all through the 1990’s.  It has not yet in a very rnsignificant way picked up with this recession.  We’ve seen, and this is rnvery important for people to realize, crime rates in some cases drop rnmore steeply in states that have not incarcerated such huge portions of rntheir populations.  One of the steepest declines has been in New York rnCity, which has sent a whole lot of people to jail on Rockefeller drug rnlaws, but nothing like the South.  And yet crime in New York has fallen rnmuch more steeply then in Houston or Dallas.  So the crime drop is a rngreat riddle for social scientists to figure out, but critically, at rnleast I think it’s important for people to know that the massive growth rnof incarceration is, we think, not one of the largest determining rnfactors in decreasing that crime.  Incarceration has been going up rnstraight since the 1970’s.

In some of the periods incarcerationrn has been going up crime has been going up, other times down.  But therern is not a clear correlation between incarceration and protecting the rnpublic.  In fact, one of the statistics you would think you would have rngotten if you believe in a kind of weak version of deterrence, you wouldrn think that all of these harsher penalties would at least deter some of rnthe people who know the criminal justice system best—criminals and rnformer prisoners—from committing crimes.  Because they do become, even rnif their levels of education attainment are somewhat limited, through rnbeing cranked through the criminal justice system, they learn a lot of rnthe criminal law and they know the penalties are very harsh.  So if rndeterrence were to work and if imprisonment was an effective way to dealrn with crime, you would think that recidivism rates in the United States rnwould be lower now than they were when the prison boom began, when rnpenalties were comparably more mild.  Instead, the opposite has rnoccurred, recidivism rates have gone up.  One more piece of evidence rnthat shows this experiment in mass incarceration has been one the one rnhand a total failure in terms of protecting the public.  On the other rnhand a catastrophe for the weakest members of our... the most vulnerablern members of our society, including those who are more victimized by rncrime.  That’s also in the poor neighborhoods.  It hasn’t helped them inrn any way.  Their people are getting shipped off to rural prisons and rnthen those rural prisons are getting the census money and so on, and rnthey are still suffering high rates of crime.  So, it’s a mess, I’m rnafraid.

Question: Is the monetary cost of rnincarceration less than the cost of crime?

Robert rnPerkinson: People have tried.  It’s harder to do than people have rnclaimed.  Some economists have said, well even if you are spending rn$50,000 a year to lock someone up, as is the price in California where rnthe corrections officers are well paid, because that person you are rnputting behind bars would have committed ‘X’ number of crimes, then rnyou’re actually saving money.  But those studies kind of fall apart for arn whole series of reasons.  They’re based on surveys of certain classes rnof criminals that don’t correlate very well to who is actually in rnprison.  They don’t take into account the ways that crime can’t just be rnthought of as a subtraction from the economy.  I mean as strange as it rnsounds... If I steal $100 from you, that doesn’t decrease the GDP of thern United States, that just means that I have $100 to spend and generate rneconomic activity and you don’t.  So, it’s not a subtraction, it’s not arn cost to society, it’s a cost to you.  It’s not a cost to society.

Sorn those studies don’t hold up very well.  I mean, it’s true that I think,rn you know, that incarceration is not something that we’re going to be rnable to get rid of entirely.  There are people who are extremely rndangerous.  A very small portion, it’s important to realize.  We think rnthat prison beds are filled with dangerous sexual predators and armed rnrobbers and serial killers because that’s how it seems watching the rnnightly news.  That’s not the case.  Most people going into prison are rnnon-violent offenders in a given year, and most of them are drug rnoffenders, or are hooked on alcohol and so on.

Prison for Punishment, Not Rehabilitation