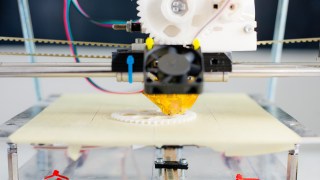 Three Steps to Becoming an Exponential Entrepreneur, with Steven Kotler

Steven Kotler:  An exponential entrepreneur is an entrepreneur who is leaning on exponentially accelerating technology — so network sensors, AI, robotics, synthetic biology, 3D printing — these technologies that are all on exponential growth curves. They’re also relying on what we call exponential psychological tools, right. These are ways to think at scale, flow states, things along those lines. Things that let entrepreneurs to scale up their mental game like never before. And finally they’re also using exponential crowd-power tools. These are crowdsourcing, crowdfunding, incentive prizes and community building, right, that let entrepreneurs get access to capital, get access to expertise, really scale up their reach farther than ever before, right. So an exponential entrepreneur is people who are using these three kind of categories to level up.

If you want to be an exponential entrepreneur and you want to play with exponential technology, you need to understand the kind of growth cycle that exponential technologies go on. And we use something call the six D's to talk about this, right.  The first D is digitalization, right. A technology becomes exponential once it becomes digitalized. It becomes represented in ones and zeroes. Once that happens, right, it becomes an information-based technology and it hops on an exponential growth curve, right. A classic example being Moore’s laws covering transitions. But now we’re seeing in all of these technologies; we’re seeing in synthetic biology once we realized that DNA was essentially, could be represented as a binary code, right.  It hopped on this exponential growth curve and now synthetic biology is accelerating five times the speed of Moore’s law. That’s the first D. And when that happens, there’s usually a lot of excitement.  A lot of hype, a lot of excitement, which is unfortunate because the second D is deception.

What happens is these technologies get introduced and it takes a while for them to get up to speed, right. And there’s all this hype in the beginning and they fall into this deceptive period and people kind of dismiss them. 3D printing was in that deceptive period for a very, very long time. Robotics, AI, all these things.  But all of the technologies that we’re talking about in bold are now moving out of that deceptive period, right. What Gardner and the Gardner hype cycle calls the "trough of disillusionment," which I think is a great term, right. They’re all leaving that trough of disillusionment. What happens next is they become very, very, very disruptive, right. A classic example is Uber. It’s totally disrupting the taxicab industry. Instagram totally disrupting Kodak. These are classic examples of the disruption. After they move out of this disruptive phase, you look at demonetization. This means that the cost of the technology itself is dropping and dropping and dropping.

The money comes out of the equation. So, for example, once you could store digital images on a camera, right, film was totally demonetized. And suddenly nobody was buying roll film anymore. Pixels did the same job. So the money comes out of the equation, right. Dematerialization is what follows.  So think about all the 1980s or '90s technology that now come free with your cell phone, right. Peter and I did a calculation in Abundance and we were looking at this and we found the average cellphone houses over like a million dollars’ worth of technologies from the 1980s. You have your GPS locator, your encyclopedia, your radio and record player, your camera, video recorder, on and on and on, right. You can now with Instagram get access to editing software that 10 years ago was a $2 million package. And today it’s free with an Instagram account. So demonetization, dematerialization, the technology itself is disappearing. Nobody’s going out and buying cameras anymore because it comes on your smartphone.

The next thing that happens is democratization. This is what happens when these technologies themselves become cheaper and cheaper and cheaper.  Cellphones are a classic example. Back in the '80s these were a luxury technology, right, that only the wealthiest could have and then it kind of slowly moved down the scale until where we are today. I mean 50 percent of the world doesn’t even just have a cellphone; they have a smartphone, right. They’re carrying a supercomputer in their pocket. That’s how much these things have been democratized. Access becomes available to anyone.

Michael Vassar: The Current State of Medical Research is Unacceptable