Great risk for great gain: Immigrants and innovators are psychologically the same

Don't denigrate immigrants, says Jared Diamond. You are one.

Jared Diamond
Jared Diamond, a noted polymath, is Professor of Geography at the University of California, Los Angeles. Among his many awards are the U.S. National Medal of Science, Japan's Cosmos Prize, a MacArthur Foundation Fellowship, a Pulitzer Prize for General Nonfiction, and election to the U.S. National Academy of Sciences. He is the author of the international best-selling books Guns, Germs, and Steel; Collapse; Why Is Sex Fun?; The World Until Yesterday; and The Third Chimpanzee, and is the presenter of TV documentary series based on three of those books.
11 May, 2019

JARED DIAMOND: Immigration in the United States is a controversial issue just as it is in most other countries of the world. Many other of not just first-world countries, like Japan, Australia, Western Europe are wrestling with immigration, but many developing countries. When I was last in Indonesia, Malaysia, Indonesia's neighbor, is having a problem with Indonesians migrating into Malaysia because the standard of living in Malaysia is higher than in Indonesia. And South Africa, an African country, is having issues with immigration with neighboring poorer African countries such as Zimbabwe sending immigrants into South Africa.

So immigration in the United States the fact is every American without exception, is an immigrant. Native Americans immigrated 13,000 years ago, and everybody else has immigrated within the last 400 years. My father immigrated at the age of 2 in 1904. My mother's parents immigrated around 1890. Most Americans are immigrants. If you look at the contribution of immigrants, if you ask yourself, do a thought experiment: take the citizens of any country in the world out there, take the citizens of Poland or Russia and divide them into two sets. Suppose you had a mechanism for dividing every citizen of Poland into either two categories. One category are those people who are healthy, ambitious, willing to take risks, willing to try new ways, young, strong. And the other category consists of those people who are weak, unwilling to take risks, unwilling to experiment, wanting to carry on in their old ways. In effect, dividing a country into those two groups is what's accomplished by the decision to emigrate. The decision to emigrate is made by people who are healthy, strong, willing to undertake risks, and face the unknown. And those who don't emigrate, on the average, lack those qualities. But willing to take risks and experiment, those are essential qualities for innovating. And the United States is a country of innovation. It's therefore, no surprise that the great majority of American Nobel Prize winners are either first-generation immigrants or the children of first-generation immigrants.

So immigration has made a strong contribution to the history of the United States. But it's controversial because whenever you get a batch of people who are there and then another batch people coming who are different the Vietnamese of the 1970s, etc. they are different and there are likely to be prejudices. There have been prejudices against immigrants throughout American history, beginning with the first non-British immigrants, the Irish and the Germans. And eventually, that settled down. Then the prejudice against the Eastern Europeans, the Japanese and Europeans of the late 1800s, and then the prejudice against the Vietnamese. So it's unsurprising that immigration is an issue in the United States today, but reflect on our history. Students of immigration say that the United States has benefited more from immigration than any other country in the world, and that for the United States, a higher percentage of our immigrants are highly trained, skilled people who contribute to our economy than the immigrants into any other country in the world. Yes, it's a problem for us. But we are better off than any other country with that problem. 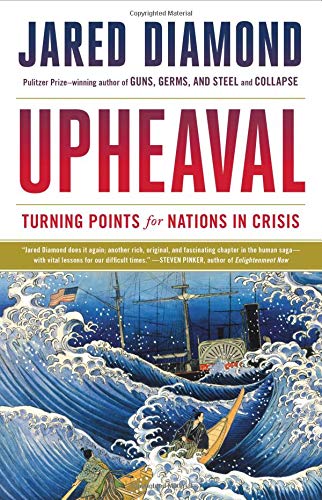