Teddy Goff was the Digital Director for President Obama’s 2012 campaign. In that capacity, he oversaw a team of more than 200 people nationwide, who collectively raised more than $500[…]
Go to Profile 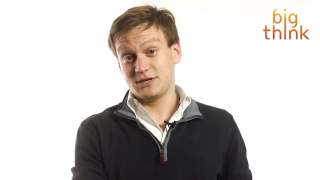 How do you get a million and a half people to read a blog post on tax policy? Obama digital wunderkind Teddy Goff has a simple mantra: don’t be lame.

Teddy Goff: I was the Digital Director for President Obama’s 2012 campaign.  For us and different companies structure digital and technology and all those fields a little differently.  For us, digital meant everything user facing, everything that you could actually touch and read and watch and play with online.  So we didn’t do the back end infrastructure and most of the coding, but we did – we had all the writers, the designers, video folks, people doing content and creative strategy.

When it came to communication, I mean, we had a sort of a three word strategy that was really quite simple which is don’t be lame.  And it’s funny, you know, when you talk to corporate marketers, when you talk to people who have been doing PR for a long time, they will themselves acknowledge not being lame has never really been their M.O. because they’re sort of well versed in risk mitigation.  They’re well versed in how not to annoy stakeholders or create problems.  But they’ve never had to actually deal with consumers who can click away as soon as they don’t like what they’re seeing.  And making sure that what they’re serving those consumers with is something that they like.

Obviously that content has to have a purpose.  It has to have a message but the consumer doesn’t even get to the point of absorbing the message if first and foremost they think, “Well, this is dull.”  And so the most important thing we try to do when it came to communication was just be interesting.

I think a great example is – it came from around, let’s see it would have been October of 2012. So toward the very end of the campaign. At that point we were arguing over tax policy a lot and our argument was that Governor Romney’s tax plan didn’t add up.  It was, from our point of view, a giveaway to millionaires and billionaires, it wasn’t paid for and he never really explained how it wouldn’t explode the deficit.  And so we wanted to get at that but we didn’t want to do just a policy white paper or a statement from an economist or something of that nature.’

You know, those things have their place.  I mean, we did that sort of stuff all the time but when it came to actually getting people to understand what our point of view was and trying to create a sort of a fun non-lame experience for people around, you know, this most arcane of topics – tax policy.  You know, we wanted to create something different.  What we wound up creating was a site called Romney Tax Plan dot com.  It was very kind of the Romney folks not to steal that domain before we got to it.  And it was a big thing that said, you know, here’s Romney’s tax plan and it was a gigantic button in the center of the screen that said Get the Details.  And as you hovered over the Get the Details button, the Get the Details button danced away from you.  And no matter where you put your mouse, you just could not click on this button.

So it was kind of fun and it was a hit beyond even what we had hoped it would be.  I mean it was – it had 1.5 million Facebook likes within a day.  It got tweeted 70,000 times.  It’s the only time in my personal career that my own mom had sent me something that I was involved in creating saying, “Have you seen this?”  And I had to say, “Yeah, mom, let me – I don’t think you understand, you know, what my job is.  Yeah, I’ve seen it.”  But, you know, the amazing thing about it was that a million and a half people actually read the associated blog post in which we actually went through the math in a more serious way.  If you clicked – I think it was like eight seconds.  If you tried to click for the first eight seconds you couldn’t and the button would dance around from you.

After that if you clicked it would actually bring you through to our blog post explaining the math.  And we looked at bounce rate.  We looked at time on site.  Every sort of indicator we had suggested that the people who got to this post actually read it.  And so it’s this kind of amazing thing where by creating something that made our point but did it in a way that was sort of fun and funny and shareable and different, it wasn’t just taking a press release and putting it online in the most pretty way we could.  It wasn’t even an infographic that maybe could have been interactive because it was online but really could have existed in a newspaper 20 years ago.  I mean, it was a completely different kind of content.  It was a content that just simply couldn’t have existed before the Internet.  A really creative, I think, approach to a policy issue that people don’t like talking about.  And it obviously resonated with people.  I would not have thought that we could get a million and a half people to read a blog post on tax policy.

The Importance of Candor in Business