What happens to your digital life after you die?

How to deal with death in the digital age and save your loved ones from headache.

BJ Miller
BJ Miller, MD, is an assistant clinical professor of medicine at the University of California, San Francisco where he practices and teaches palliative medicine. He has been profiled in The New York Times Magazine, and interviewed on Super Soul Sunday, The Tim Ferriss Show, and On Being with Krista Tippett, and has spoken at the Aspen Ideas Festival and around the world.
30 August, 2019

BJ Miller: So here's a good example of where modern dying is just unintuitive and exotic, really. We've been dying forever, but there's some new wrinkles to it. And one of the biggest wrinkles you're going to come across is this social media world. And even if you're not on social media, you're going to have some digital life.

Most of us, whether it's bank, online passwords, or whatever it is, it's practically impossible not have some digital footprint in this world. And as it goes, whether it's because of denial or whatever else, so far, death isn't really built into those systems. So it's only recently that some of the social media outlets are figuring out to offer a pathway of how to close down an account for someone who's actually died. And we've still got a ways to go.

It's very common, and can be kind of grotesque or chilling, is very often people will be included in Facebook posts, for example, or there'll be some automatic birthday note that goes out to their LinkedIn group or something, and the person died a year or two ago. And it can be really chilling for a family member to receive an automated message from someone who's died. So, it's a new kind of perverse issue.

So all that to say is you do need to take, besides your ethical will and your legal will, you have to take a minute to think through how you're going to close out your digital life, too. And so that can be as simple as itemizing somewhere all your digital accounts, all those passwords. That can save your family tons of trouble. And increasingly, social media outlets will have a way to build into their framework a way for death to happen online, too. But otherwise, you just need to at least convey ways for your loved ones to get into your accounts.

And other things that can be very helpful-- like a credit card-- if you know you're sick and dying at some point soon, you might want to make that a joint account. Put your spouse or your loved one on that account with you. So, after you're gone, they still have access to it. I have a lot of patients who go on to spend years-- well, I say my patients. I see families, too. So, I'll see people in bereavement-- so spouses who've lost their husband or wife, who was my patient. And then I see the spouse in bereavement. And it's very common that they have a one to two year hangover of dealing with closing accounts-- cell phone bills, cable, whatever it is. So, you've got to get those passwords across. And even better, put that other person on the account so they can do it themselves. 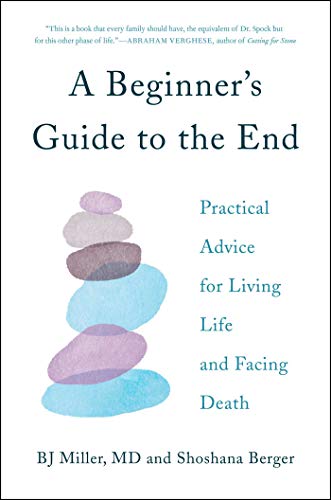 A Beginner's Guide to the End: Practical Advice for Living Life and Facing Death
List Price: $28.00
New From: $21.81 in Stock
Used From: $18.98 in Stock
From Your Site Articles
Related Articles Around the Web
death family identity social media web self communication