Daniel Koretz is the Henry Lee Shattuck Professor of Education at Harvard Graduate School of Education.  He focuses his research primarily on educational assessment, particularly as a tool of education[…]
Go to Profile 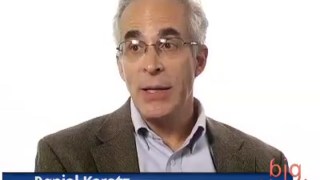 Daniel Koretz believes research and development need their place at the local level but are stifled by state and federal management.

In fact, the level of pressure from the federal government now and secondhand from the state governments that are responsible for imposing the federal policy if they take federal money is so strong that it leaves people no room for experimentation.  If a teacher is desperate to raise scores by a very large amount every single year, and the principal, likewise, feels the same pressure, it’s virtually impossible for them to say, “Well, let’s try a few new ways of teaching 4th Grade Math and see what works best for our kids.”  They can’t afford to do that.  States, likewise, feel that they can’t afford to do it, so we’ve created an environment where local innovation is very hard, at least, local innovations that I would want to see.  And, therefore, we have no chance to do what engineers would tell us to do, which is try a bunch of things and evaluate them very, very carefully.  I’ve argued…  I [argued] last year when the first attempt to reauthorize No Child Left Behind failed, that the new law should create a space for research and development.  State should be allowed waivers from the arbitrary requirements in return for trying new things and doing serious independent evaluations of those, making the results of those evaluations publicly known.  That would allow us in the next cycle, 5 or 6 or 7 years later, to have some hard evidence that schools could use in deciding what to do.