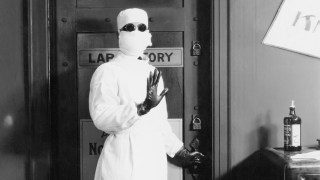 Daniel Dennett: Stop Telling People They Don’t Have Free Will

Dennett rebuts the argument that neuroscience implies we don't have free will.
▸
6 min
—
with
Daniel Dennett

Philosopher Daniel Dennett takes issue with neuroscientists who argue that humans don’t have free will. In this video, Dennett demonstrates an intuition pump (or thought experiment) featuring a “nefarious neurosurgeon” who lies to a patient with obsessive compulsive disorder. Dennett argues that telling people that free will is an illusion makes them less concerned about the negative implications of their actions.

Daniel Dennett: Well, let me trot out one of my recent favorites which I devised to jangle the nerves of neuroscientists who've been going around saying that neuroscience shows that we don't have free will.  I think their reasons for saying that are ill considered and moreover that what they're doing is apt to be mischievous and doing some real harm.  So I concocted a little thought experiment.  A little intuition pump to suggest that.  So this is the case of the nefarious neurosurgeon who treats a patient who has obsessive compulsive disorder by inserting a little microchip in his brain which controls the OCD, the obsessive compulsive disorder.
Now there is such a chip.  It's been developed in the Netherlands and it works really quite well.  That's science fact.  But now here comes science fiction.  So the neurosurgeon, after she's operated on the guy, sewed him all up.  "So I've got -  your OCD's under control now you'll be happy to learn.  But moreover our team here will be monitoring you 24-7.  And we're going to be controlling everything you do from now on.  You'll think you have free will.  You'll think you're making your own decisions but really you won't have free will at all.  Free will is an illusion that we will maintain while controlling you.  Goodbye, have a nice life."  Sends him out the door.
Well, he believes her.  She had a shiny lab and lots of degrees and diplomas and all that.  So what does he do?  Well, he -- thinking he doesn't have free will anymore he gets a little self-indulgent, a little bit aggressive.  He's a little negligent in how he decides what to do.  And pretty soon by indulging some of his worst features he's got himself in trouble with the law.  He's arrested and he's put on trial.  And at the trial he says, "But your honor, I don't have free will.  I'm under the control of the team at the neurosurgery clinic."  They say, "What's this?"  And they call the neurosurgeon to the stand.  They say, "Did you tell this man that you were controlling his every move, he didn't have free will?"  She says, "Yeah, I did.  But I was just messing with his head.  That was just a joke.  I didn't think he'd believe me."
Now right there I think we can stop, take a deep breath and say, "Well, she did something really bad.  That was really truly harmed him.  In fact, her little joke telling him that actually accomplished nonsurgically pretty much what she claimed to accomplish surgically.  She disabled him.  By telling him he didn't have free will, she pretty much turned his free will off and turned him into a morally incompetent person.  Now, if we agree that she did a bad thing -- if nobody recommends people play jokes like this -- what do we just say about the neuroscientists who are telling the public every day, we've shown in our neuroscience labs that nobody has free will.
I think if the neuroscientists recognize that what my imaginary neurosurgeon did was irresponsible, they should think seriously about whether it's irresponsible of them to make these claims about free will.  And it's not just a fantasy.  Vohs and Schooler in an important paper which has been replicated in several different ways set up an experiment really to test this with college students who were given two texts to read. One was a text -- they were both from Francis Crick's book, The Astonishing Hypothesis.  And one was not about free will and the other was about free will and basically it said free will is an illusion.  All your decisions are actually determined by causes that neuroscience is investigating.  You don't have free will, that's just an illusion.
All right, so we have two groups.  The group that read that passage and the group that read another passage from that book of the same length.  After they've read the passage  they're given a puzzle to solve where they can earn some money by solving it.  And the experimenters cleverly made the puzzle slightly defective so there was a way of cheating on the puzzle that was, oops, inadvertently revealed to the subjects.  And, guess what, the subjects who read the passage where Crick says free will is an illusion cheated at a much higher rate than the other ones.  In other words, just reading that passage did have the effect of making them less concerned about the implications of their action.  They became -- were negligent or worse in their own decision making.  I think that's an important and sobering thought.

Daniel Dennett: How Does the Brain Store Beliefs?