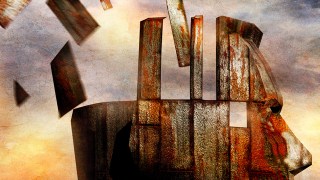 Daniel Dennett, one of the best-known living philosophers and a professor at Tufts University, believes it’s time to unmask the philosopher’s art and make thought experimentation accessible to a wider audience. “How to Think Like a Philosopher,” Dennett’s five-part workshop, is a journey into the labyrinthine mind games played by Dennett and his colleagues

For the more utilitarian-minded, these are mental practices that will improve your ability to focus and think both rationally and creatively.

How to Think Like a Philosopher takes you on a guided tour through many of Dennett’s favorite “tools for thinking.” Along the way, he teaches you:

– The value of “intuition pumps” (or thought experiments) and how to use them.

– How to recognize common rhetorical tricks for manufacturing consent.

– How to “twiddle the knobs” of thought, exploring alternatives and the conclusions they lead to.

Daniel Dennett: Intuition pumps are sometimes called thought experiments.  More often they're called thought experiments.  But they're not really formal arguments typically.  They're stories.  They're little fables.  In fact, I think they're similar to Aesop's fables in that they're supposed to have a moral.  They're supposed to teach us something.  And what they do is they lead the audience to an intuition, a conclusion, where you sort of pound your fist on the table and you say, "Oh yeah, it's gotta be that way, doesn't it."  And if it achieves that then it's pumped the intuition that was designed to pump.  These are persuasion machines.  Little persuasion machines that philosophers have been using for several thousand years.
I think that intuition pumps are particularly valuable when there's confusion about just what the right questions are and what the right -- what matters.  What matters to answer the question.  I think we're all pretty good at using examples to think about things and intuition pumps are usually rather vivid examples from which you're supposed to draw a very general moral. And they come up in many walks of life.  Anytime you're puzzled or confused about what to do next or whether something's true or false, you might cast about for an intuition pump that could help you.
When I first coined the term intuition pump, that's when Doug Hofstadter and I were working on the Mind's Eye which has lots of intuition pumps, lots of thought experiments in it.  And Doug came up with a great metaphor.  He said, "What you want to do with any of these intuition pumps is twiddle all the knobs.  Turn the knobs, see what makes it work."  Now this is actually something that we're familiar with from other parts of our lives.  If there's a gadget and you want to know what it does, turn the knobs, see what happens, see what the moving parts do.  So I encourage everybody to not just to take an intuition pump as it's handed to them but look at the moving parts.  See what makes it tick.  Try to figure out what if I adjust this, will it still pump the same intuition?  Will it still yield the same punitive conclusion or will the whole thing fall apart?
And it's interesting to see that a lot of times philosophers will make an intuition pump which seems to do great work until you start turning the knobs and then you realize that it actually depends on your not thinking clearly about some aspect of the problem.  Then you expose it as not a good intuition pump but as actually a sort of negative one.  I call them boom crutches because they explode in your face.