Anthony Brandt is a composer and professor at Rice University’s Shepherd School of Music. He is also Artistic Director of the contemporary music ensemble Musiqa, winner of two Adventurous Programming Awards from Chamber Music America and ASCAP. Brandt has received a Koussevitzky Commission from the Library of Congress and grants from the National Endowment for the Arts, Meet-the-Composer and the Houston Arts Alliance. He has co-authored papers on music cognition published in the journals Frontiers and Brain Connectivity. Brandt has written two chamber operas and works for orchestra, chamber ensembles, dance, theater, film, television, and sound and art installations. He currently lives in Houston with his wife and children.

ANTHONY BRANDT: Sometimes we may feel that we, ourselves, aren't very creative. And, in fact, I saw a movie, The Gambler, with Mark Wahlberg and he's an English teacher and he looks at the class and he says, "If you're not a genius, don't even try." And I can't think of more horrible advice to give anybody. The fact of the matter is we all are born with a creative license. We have this software running in our brains.

When I look at my heroes in composition they are all incredible risk takers. And it's a constant reminder that you can't introduce something new to the world and be certain of the results. And so tolerating the risk, living with the risk, even enjoying it is again part of being a creative person. And that's something that you have to train in young people. One of the ways you do that is you praise their effort, not necessarily the results. And you honor the fact that oh my goodness, you were willing to go out there and try that and try that and try that, things you've never done before and maybe no one else has done before. Okay, it didn't pan out but what an extraordinary effort.

And one of the ways you can do this is the curriculum, for instance, is through something called sandboxing, where let's say you've given an assignment in a class and you say look, first step, everybody come up with eight possible solutions to this problem. But I'm not going to grade them but you and I will have a conversation about which ones are more successful and which ones are less successful. And I'll give you some feedback and I'll listen to what you feel about it. You can tell me your favorite was number three. I can say five looks pretty awesome. And then together we'll decide which one you develop to completion and that's the one you'll get graded on. And that gives the student the permission to try all sorts of crazy things without worrying about being evaluated and give them an opportunity to take risks without having the consequence of a grade.

It's one of the problems with standardized testing in the schools for instance because there is a premium on coming up with the right answer as fast as possible. And coming up with wrong answers is a total waste of time and has absolutely no value. The only thing is to point yourself exactly at the right answer. And creativity works essentially on almost a 180 on that. That the whole idea is to spend as much time as possible proliferating options, having standards of judgment which vary from field to field as to which ones deserve to be developed to completion. And then letting all the other ones go but with gratitude that they gave you a full spectrum of possibilities.

So what's most important is that we have to give every child the chance to take, receive knowledge and use it as a springboard and to use it as a launching pad to experiment, to try out things their own way. To take what we treasure from the past and totally remodel it and redesign it. When we do that we will have a thriving culture and society of innovation. 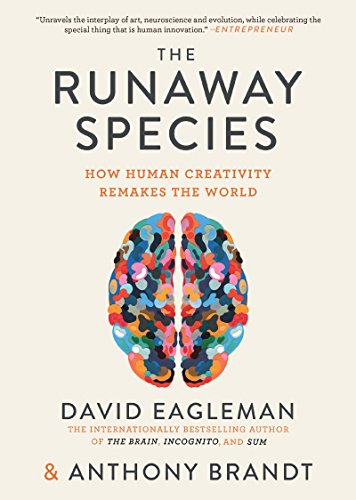