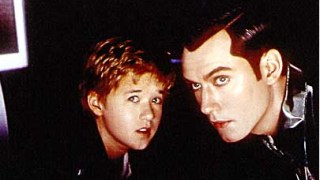 After the Singularity, We’ll All Be Robots

Ray Kurzweil: A mind is a brain that’s conscious. Consciousness is a synonym for subjectivity and there’s a conceptual gap between subjectivity and objective observation, which is what science is. I would actually maintain that there is no scientific way to demonstrate that an entity is conscious. It’s only apparent to itself.

And my prediction is that we will—this is an objective prediction—we will come to accept entities that are not biological as conscious. But it’s not going to be, “Okay, machines on the right side of the room, humans on the left.” It’s going to be all mixed up. If you talk to a biological human, they will have lots of non-biological processes going on in their body and brain. Those computers will be out on the clouds, and the thinking of that “person” isn’t even just in their body and brain even in the non-biological portion, it’s out on the cloud. So it’s going to be all mixed up, there’s not going to be a clear distinction between human and machine.

The bottom line is we are one human-machine civilization. This technology has already expanded who we are and is going to go into high gear when we get to the steep part of the exponential.