Are you a worrier? Do you imagine nightmare scenarios and then get worked up and anxious about them? Does your mind get caught in a horrible spiral of catastrophizing over even the smallest of things? Worrying, particularly imagining the worst case scenario, seems to be a natural part of being human and comes easily to a lot of us. It’s awful, perhaps even dangerous, when we do it.

But, there might just be an ancient wisdom that can help. It involves reframing this attitude for the better, and it comes from Stoicism. It’s called “premeditation,” and it could be the most useful trick we can learn.

Broadly speaking, Stoicism is the philosophy of choosing your judgments. Stoics believe that there is nothing about the universe that can be called good or bad, valuable or valueless, in itself. It’s we who add these values to things. As Shakespeare’s Hamlet says, “There is nothing either good or bad, but thinking makes it so.” Our minds color the things we encounter as being “good” or “bad,” and given that we control our minds, we therefore have control over all of our negative feelings.

Put another way, Stoicism maintains that there’s a gap between our experience of an event and our judgment of it. For instance, if someone calls you a smelly goat, you have an opportunity, however small and hard it might be, to pause and ask yourself, “How will I judge this?” What’s more, you can even ask, “How will I respond?” We have power over which thoughts we entertain and the final say on our actions. Today, Stoicism has influenced and finds modern expression in the hugely effective “cognitive behavioral therapy.” 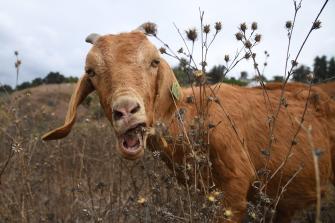 One of the principal fathers of ancient Stoicism was the Roman statesmen, Seneca, who argued that the unexpected and unforeseen blows of life are the hardest to take control over. The shock of a misfortune can strip away the power we have to choose our reaction. For instance, being burglarized feels so horrible because we had felt so safe at home. A stomach ache, out of the blue, is harder than a stitch thirty minutes into a run. A sudden bang makes us jump, but a firework makes us smile. Fell swoops hurt more than known hardships.

What could possibly go wrong?

So, how can we resolve this? Seneca suggests a Stoic technique called “premeditatio malorum” or “premeditation.” At the start of every day, we ought to take time to indulge our anxious and catastrophizing mind. We should “rehearse in the mind: exile, torture, war, shipwreck.” We should meditate on the worst things that could happen: your partner will leave you, your boss will fire you, your house will burn down. Maybe, even, you’ll die.

This might sound depressing, but the important thing is that we do not stop there.

The Stoic also rehearses how they will react to these things as they come up. For instance, another Stoic (and Roman Emperor) Marcus Aurelius asks us to imagine all the mean, rude, selfish, and boorish people we’ll come across today. Then, in our heads, we script how we’ll respond when we meet them. We can shrug off their meanness, smile at their rudeness, and refuse to be “implicated in what is degrading.” Thus prepared, we take control again of our reactions and behavior.

The Stoics cast themselves into the darkest and most desperate of conditions but then realize that they can and will endure. With premeditation, the Stoic is prepared and has the mental vigor necessary to take the blow on the chin and say, “Yep, l can deal with this.”

Catastrophizing as a method of mental inoculation

Seneca wrote: “In times of peace, the soldier carries out maneuvers.” This is also true of premeditation, which acts as the war room or training ground. The agonizing cut of the unexpected is blunted by preparedness. We can prepare the mind for whatever trials may come, in just the same way we can prepare the body for some endurance activity. The world can throw nothing as bad as that which our minds have already imagined.

Stoicism teaches us to embrace our worrying mind but to embrace it as a kind of inoculation. With a frown over breakfast, try to spend five minutes of your day deliberately catastrophizing. Get your anti-anxiety battle plan ready and then face the world.

Climate activists’ brand of iconoclasm is far removed from the Beeldenstorm that swept medieval Europe.
The Learning Curve

Being mortal makes life so much sweeter.
Up Next
Neuropsych