There’s always someone, somewhere, who will disagree with you. There will always be a second opinion, a different perspective, or the sliver of a doubt. Sam thinks the war’s right, Joe thinks it’s wrong. Ella thinks it’s warm in here, Toby thinks it’s cold. Bob thinks all humans are equal, AJ thinks some are better than others.

There’s two sides to everything, and life has no easy answers.

This is the central belief of Skepticism, and two of its greatest thinkers — the Greek, Pyrrho of Elis, and the Roman, Sextus Empiricus — believed that recognizing this is one of the best things that philosophy can give us.

As we’ve seen with Cynicism, Stoicism, and Epicureanism, Greek philosophy can all too often be misrepresented. Words like “cynical” and “skeptic” have mutated over the years to become entirely new beasts. To be skeptical, today, means to be doubtful. It’s to question, challenge, and be somewhat disbelieving of an idea or person. Yet in the ancient world, Skepticism was much more extreme.

According to Pyrrhonism, we waste so much time and effort seeking and demanding answers or resolution where there’s only doubt and ambiguity, that we’re destined to be unhappy.

Pyrrho is considered to be the first Skeptic philosopher. He began with the simple observation that there are two sides to everything and that we are all invariably bound to our own opinions and thoughts. Thus, we will always see the world differently than others.

It’s highly likely that Pyrrho witnessed first hand, or at least had heard of, the Eastern religions that repeatedly made the claim that the world is illusory, knowledge is limited, and human intellect is an infantile, narrow thing. Pyrrho agreed. For him, there’s no possible way to determine what’s true or “actual.”

And yet, we all stubbornly, angrily, and even violently insist that others are wrong and that we are right. According to Pyrrhonism, we waste so much time and effort seeking and demanding answers or resolution where there’s only doubt and ambiguity, that we’re destined to be unhappy. The key to living a fulfilled, happy, and flourishing life (which is called eudaimonia in Greek and was the end goal, too, of Cynicism, Epicureanism, and Stoicism) is simply to stop the pointless pursuit of resolution. Instead, we ought to adopt a position called epoché, which means “suspended judgment.”

For Pyrrho, if someone asks you for your views on some controversial ethical issue, on the latest government spending bill, or what’s the greatest movie of all time, you ought to simply demonstrate epoché and say, “I have only my opinion on the matter, as have you, so I shall say there is no answer.” Of course, you can debate and happily chat until the cows come home, but Pyrrho’s wisdom is just to recognize there will be no hope of a final, absolute, and neat end point to the discussion. Someone, somewhere will always think Dude, Where’s My Car is fantastic.

Is everything ultimately an opinion?

Pyrrho himself took things a bit far. His students reportedly had to stop him from walking off deadly precipices or into busy streets because he said he couldn’t entirely trust his senses. So, it took a few centuries for Skepticism to develop, and it found its voice again in the Roman, Sextus Empiricus.

Like Pyrrho, Sextus Empiricus didn’t place much stock in human knowledge because he thought everything we might claim to know was always open to doubt or challenged. But, Sextus further added the idea that there could be no possible way to resolve such a challenge. For example, let’s suppose there are two people who disagree about something. What justification is there for one view being better than the other? For Sextus, both are equally valid. 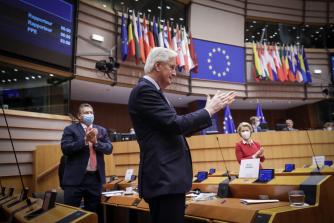 We might say, “But we can give reasons for our beliefs!” However, this only begs the question: why does a particular reason make a belief stronger? If I think stealing is wrong because it harms someone, I still need to explain why “causing harm” is important.

For Sextus Empiricus, we’ll always reach the point of saying, “This is just what I think.” At no point is there an ultimate answer. Why, indeed, is causing harm bad?

Into this world of murky ambiguity, Sextus’ Skepticism argued that we should live only according to how things seem. This isn’t the same as trusting our senses, since even these are open to disagreement. (However, there are no stories of him nearly falling from cliffs.) Some animals can see ultraviolet light, some people hear Laurel and others hear Yanny, and there are psychedelic drugs that can make us see anything at all.

We only have how things appear.

The consolation of Skepticism

For Sextus and Pyhrro, recognizing the very clear limits to our understanding brings great benefit. With the revelation that there are some things — well, maybe a lot of things — that we can never know is deeply comforting. We can give up trying to dogmatically defend views that we have no way to know for sure are correct. We can stop getting so heated in debates where neither party can possibly come to a resolution.

But, this is not to give up trying. “Skeptic” literally translates as “enquirer,” and we can still aim for something, while also accepting we may never succeed. To be a Skeptic is to say, “I’ll probably never know the answer to this, but I’ll try to find out anyway.” It’s to give up the false hope for easy answers and to find peace in our own experiences, alone.

So, why not try Skepticism? All you’ve got to do is let out a deep breath, give your best Gallic shrug, and be at peace with how little you really know.

Harmony and moderation make for a happier life.
Up Next
Starts With A Bang

With radio and X-ray data combined, we’re understanding how energy flows like never before.When we look out at the Universe on the largest cosmic scales of all, gravity is the only […]