Holding a clipboard and wearing a lab coat makes you a very powerful person. Add in a lanyard and a confident voice, and you’re pretty much in Ocean’s Eleven.

Though we believe ourselves to be contrarians, most of us like to obey authority. We answer questions, help with any number of tasks, and obey commands unthinkingly. The vast majority of the time, this is relatively harmless and even requisite for a functioning society, but it can also lead humanity to very dark places.

It could happen here

As we’ve seen with Asch’s experiments on conformity, the post-World War II community was determined to answer how and why the Holocaust took place. Just after the trial of Adolf Eichmann, the American media and public came to see German society as some special kind of monster in just how willing they were to follow orders unthinkingly, at odds with any sense of duty or morality.

Into this came Stanley Milgram. In 1961, Milgram set out a series of experiments to show, in his view, how the German people were more susceptible to authoritarianism than Americans. Milgram believed, as a lot of people did, that the American people would never be capable of such horrendous evil.

The experiment was to be set up in two stages: the first would be on American subjects, to gauge how far they would obey orders; the second would be on Germans, to prove how much they differed. The results stopped Milgram in his tracks.

Milgram wanted to ensure that his experiment involved as broad and diverse a group of people as possible. In addition to testing the American vs. German mindset, he wanted to see how much age, education, employment, and so on affected a person’s willingness to obey orders.

So, the original 40 participants he gathered came from a wide spectrum of society, and each was told that they were to take part in a “memory test.” They were to determine the extent to which punishment affects learning and the ability to memorize.

Milgram believed, as a lot of people did, that the American people would never be capable of such horrendous evil.

The experiment involved three people. First, there was the “experimenter,” dressed in a lab coat, who gave instructions and prompts. Second, there was an actor who was the “learner.” Third, there was the participant who thought that they were acting as the “teacher” in the memory test. The apparent experimental setup was that the learner had to match two words together after being taught them, and whenever they got the answer wrong, the teacher had to administer an electric shock. (The teachers (participants) were shocked as well to let them know what kind of pain the learner would experience.) At first, the shock was set at 15 volts.

The learner (actor) repeatedly made mistakes for each study, and the teacher was told to increase the voltage each time. A tape recorder was played that had the learner (apparently) make sounds as if in pain. As it went on, the learner would plead and beg for the shocks to stop. The teacher was told to increase the amount of voltage as punishment up to a level that was explicitly described as being fatal — not least because the learner was desperately saying he had a heart condition.

The question Milgram wanted to know: how far would his participants go? 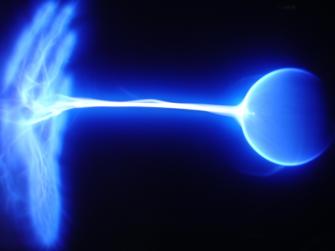 Credit: Amos from Stockphotos.com via Unsplash

In the studies that came after, in a variety of different setups, that 60 percent number came up again and again. They showed that roughly two out of three people would be willing to kill someone if told to by an authority figure. Milgram proved that all genders, ages, and nationalities were depressingly capable of inflicting incredible pain or worse on innocent people.

Milgram took many steps to make sure that his experiment was rigorous and fair. He used the same tape recording of the “learner” screaming, begging, and pleading for all participants. He made sure the experimenters used only the same four prompts each time when the participants were reluctant or wanted to stop. He even made sure that he himself was not present at the experiment, lest he interfere with the procedure (something Phillip Zimbardo did not do).

But, does the Milgram experiment actually prove what we think it does?

First, the experimenters were permitted to remind the participants that they were not responsible for what they did and that the team would take full blame. This, of course, does not make the study any less shocking, but it does perhaps change the scope of the conclusions. Perhaps the experiment reveals more about our ability to surrender responsibility and our willingness simply to become a tool. The conclusion is still pretty depressing, but it shows what we are capable of when offered absolution rather than when simply following orders.

Second, the experiment took place in a single hour, with very little time either to deliberate or talk things over with someone. In most situations, like the Holocaust, the perpetrators had ample time (years) to reflect on their actions, and yet, they still chose to turn up every day. Milgram perhaps highlights only how far we’ll go in the heat of the moment.

Finally, the findings do not tell the whole tale. The participants were not engaging in sadistic glee to shock the learner. They all showed signs of serious distress and anxiety, such as nervous laughing fits. Some even had seizures. These were not willing accomplices but participants essentially forced to act a certain way. (Since then, many scientists have argued that Milgram’s experiment is hugely unethical.)

The power of authority

That all being said, there’s a reason why Milgram’s experiment stays with us today. Whether it’s evolutionarily or socially drilled into us, it seems that humans are capable of doing terrible things, if only we are told to do so by someone in power — or, at the very least, when we don’t feel responsible for the consequences.

One silver lining to Milgram is in how it can inoculate us against such drone-like behavior. It can help us to resist. Simply knowing how far we can be manipulated helps allow us to say, “No.”

Think leisure is pointless?
Up Next
Health