In the Gospel According to John, the author retells a conversation between Jesus of Nazareth, who is on trial, and Pontius Pilate, the governor of the Roman province of Judaea. Toward the end of the interrogation, Jesus tells Pilate, “Everyone on the side of truth listens to me.” Infamously, Pilate responds, “What is truth?”

Pilate’s tone is not clear. Was he asking a genuine question out of curiosity? Was he being sarcastic? Or was he asking the question in desperation, following a lifelong, exhausting search for the truth? We don’t know. What we do know is that he didn’t stick around for an answer.

So, what is truth?

Philosophers have struggled with this question since the dawn of time, perhaps because it’s the hardest question ever asked. The field of epistemology is the subdiscipline of philosophy that grapples it, along with the nature of knowledge itself. The question, “What do we know and how do we know it?” occupies the mind of the epistemologist.

The prevailing theory of truth, at least among the public and certainly among scientists, is the correspondence theory, which states that truth corresponds with facts and reality. It’s a good theory, especially since it’s practical and governs our day-to-day interactions. If I’m holding a tart, reddish-yellow, spherical fruit, I’m holding a Cosmic Crisp apple. There is no alternative theory of truth that could convince me that it’s a limousine. Likewise, business contracts, the judicial system, and society as a whole are built around the idea that truth corresponds to reality.

Science still can’t answer the biggest — and arguably, most important — questions in life.

Many scientists would take this a step further and argue that the scientific method is the foremost system for determining facts. Therefore, science is the best tool to determine reality and truth. But this is where things start to get tricky.

At least two philosophers have presented substantial challenges to the epistemic privilege of science. In An Enquiry Concerning Human Understanding (1748), David Hume argues that inductive logic is unjustified. Inductive logic is the process of making observations and then drawing larger conclusions from limited data. When astrophysicists make a claim like, “All stars are flaming balls of hydrogen and helium,” that grand, sweeping claim is based on observing lots and lots of stars and observing the same thing over and over again. But they haven’t observed all the stars in the universe. Further, there is no guarantee that future stars will resemble past stars. So how can they really know for sure?

That might sound like a childish objection, but consider this: At one time, Europeans believed that all swans are white. After all, everywhere they looked, they saw white swans. The swans on the river, the swans on the lake — all white. But then, one intrepid European (Willem de Vlamingh) went to Australia in 1697 and saw black swans. In this instance, inductive logic failed. This is the basis of Hume’s argument that inductive logic is unjustified. 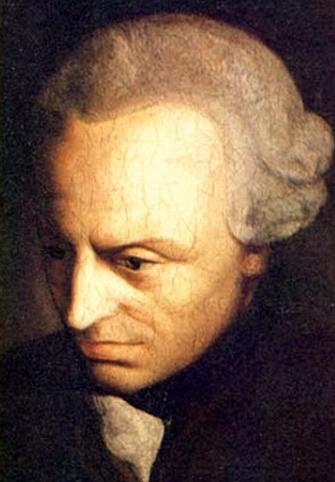 In his Critique of Pure Reason (1781), Immanuel Kant provides another challenge: It is impossible for humans to distinguish between reality (what he called the “noumenon”) and our perception of reality (what he called the “phenomenon”). The reason is because our experience of reality is filtered through our minds. When I look at a basketball and see that it is orange, how do I know that it really is orange? The photons that bounce off the ball and stimulate the cells in my retina trigger a series of electrochemical reactions in my nervous system that results in my brain interpreting the color as orange. But how do I know that my brain is right? What if basketballs are actually green, but our brains misinterpret the color as orange?

Though Karl Popper’s theory of falsification is a really good counterargument, there are no dispositive responses to these challenges, which is why scientists generally respond with, “Buzz off, philosophers.” Stephen Hawking claimed that philosophy is dead (apparently unaware that the scientific method is rooted in epistemology). To bolster their case, scientists boast that they put people on the moon and gave us really cool things like iPads, non-stick skillets, and Viagra. Sure, Hume and Kant made some clever remarks a long time ago, but science works.

Chapter 1.4: Karl Popper and the logic of falsificationwww.youtube.com

Fair enough. Science has demonstrated capably that it is the best way to understand the material universe. But science still can’t answer the biggest — and arguably, most important — questions in life. It certainly can’t answer the questions that we care most about. Consider the following:

How does one scientifically answer any of these questions? Even the first question, which is the most (dismally) scientific of the bunch, does not have a clear-cut answer. How do we determine the health of the economy? Do we use GDP? The unemployment rate? The poverty rate? Median household income? The minimum wage? Stock market indices? Gross national happiness? There is no inherently correct metric to measure the economy’s health. 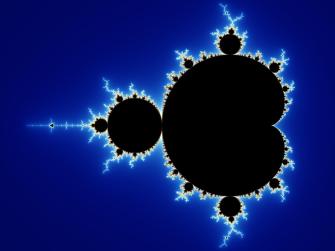 Mandelbrot set, a type of fractal.Credit: Wolfgang Beyer via Wikipedia and licensed under CC BY-SA 3.0.

The questions only get harder from there. Love, beauty, purpose — science has nothing substantive to say about any of these. Yet, they are the driving forces behind most human behavior. We have friends and families because we love others. We ponder art, listen to music, and read poetry because we appreciate beauty. We have jobs because we must fulfill our purpose (in addition to putting food on the table).

While science is largely silent on topics like love, beauty, and purpose, philosophy (as well as religion) has plenty to say. The most meaningful understanding of reality — and therefore, our best attempt to grasp the truth — will happen only when science and philosophy unite. May we all be students of both.

Is science for everyone, or just the morally upright?
Up Next
Communication

Why storytelling is a powerful leadership tool

A five-year-old reading a picture book in her pillow fort. A college student and his friends at the midnight matinee. A ninety-year-old watching her soaps. What do they have in […]