You’re sitting at home one day, and you’re about to dive into a homemade lasagna that you’re rather proud of. Just as you lift the fork to your mouth, a voice booms from above.

“Do not eat your lasagna!” the voice says. You frown and are a little irritated by the interruption. This was a favorite recipe, after all.

“I am your GOD!” the voice says. “And I forbid you from eating that lasagna.”

There’s not much more to say against an omnipotent deity, so you put down your fork and order a pizza instead.

The philosophical question is this: does God forbidding a thing make it bad, or does God command against something because it’s bad? It was first posed by Plato in his dialogue between a fictionalized Socrates and Euthyphro. 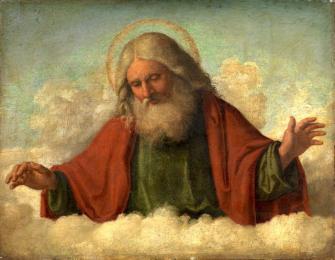 In Plato’s Greece, it would have been common belief that right and wrong and good and bad were simply what was declared by the gods. Or, in practice, what their priests and priestesses said. So, when you went to an oracle or consulted your local temple, what they proclaimed was then considered right and wrong. The greatest of ancient Greek sins, what was called hubris, meant being arrogant and proud enough to ignore or challenge the gods in some way.

When King Creon, in the play Antigone, refuses to accept the prophecy of Tiresias, the prophet of Apollo, it is considered a sacrilege and disaster lies not far behind. When King Oedipus denies the Oracle at Delphi, he ends up mad and clawing out his own eyes. And, famously, when Icarus flies too close to the sun, his waxen wings melt, and he comes crashing to the ground. The lesson is clear: annoy the gods, and you’ll be punished. To be good is to do what the gods want you to do.

Today, many world religions are not dissimilar. The Qur’an, Torah, and Bible all contain moral and legal codes given purely by the edict of God. Sharia in Islam, the Torah in Judaism, and the Gospels or Paul’s letters in Christianity (as well as papal edicts for Catholics) define what is right and wrong. Murder is wrong because it’s a commandment. Donating a portion of your wealth (Zakat) is right because it’s in the Qur’an. Love your neighbor as you love yourself is right because Jesus said so. This view of ethics is what’s called the “divine command theory”.

Plato’s dialogue, Euthyphro, raises a series of challenges to this view, commonly labelled under the umbrella term “the Euthyphro dilemma.”

First, in polytheistic Athens, it’s obvious that the gods disagree, bicker, and flip-flop in what they declare to be right or wrong. Ask any two priests, in any two temples, and they will give different answers. Euthyphro, who acts as the butt of Socrates’ attack, replies that we can redefine “good” as what all the gods agree on. Yet, even on this, Socrates says that there is no uniformity. In the same way that humans can never agree on anything, the gods will never be of the same mind.

If God only commands what is good, then it poses a wider question in the philosophy of religion: is God subject to and bound by a “higher power” of right and wrong?

Today, we might say this reply is preempted by monotheism, in which disagreements obviously are absent. When there is only one God, how can there be any disagreement? Of course, the issue now is how we understand the “divine command.” Not only are there various inconsistencies in holy texts, but there are often as many ways to interpret them as there are believers.

The Euthyphro dilemma binds the divine command theorist in a Catch-22. If what is good is only good because God commands it, then it allows the possibility of jihadism, infanticide, and murder to be right if only God were to command it.

If, however, God only commands what is good, then it poses a wider question in the philosophy of religion: is God subject to and bound by a “higher power” of right and wrong? Thomas Hobbes, for instance, argued that “God declareth his laws… by the dictates of natural reason.” God, too, must follow the dictates of reason and morality.

Can we answer the Euthyphro dilemma?

There’s no easy answer to the Euthyphro dilemma. In the history of philosophy and theology, various scholars have come down on either side. St. Augustine, Martin Luther, and Karl Barth would argue that it is God who defines what is good, while St. Aquinas, Thomas Hobbes, and Averroës believed that God commands only that which is good.

Of course, those who aren’t theists at all might find this all rather perplexing. But even for atheists and agnostics, the debate raises a question: if morality does not come from somewhere, then what guarantees it? If we want to argue that right and wrong are absolute, objective, or fixed, then what is it that makes it that way? If morality is simply a human thing, then why not just change it tomorrow?

Tags
EthicsGodphilosophyreligion
In this article
EthicsGodphilosophyreligion
Related
The Past
How the death of alchemy gave birth to modern science
Far from practicing witchcraft, the experimentation of medieval alchemists helped bring about the Scientific Revolution.
Thinking
Finding your essential self: the ancient philosophy of Zhuangzi explained
Adopting a healthy scepticism towards inherited ideas means “emptying the container of the Self.”
Thinking
Why you should laugh at yourself, according to Seneca and Nietzsche
“It is more human to laugh at life than to lament it.”
13.8
Why the origin of life and the Universe itself might be forever unknowable
There might be a hard limit to our knowledge of the Universe.
Thinking
Bonhoeffer’s “theory of stupidity”: We have more to fear from stupid people than evil ones
Evil is easy to identify and fight against; not so with stupidity.
Up Next
Starts With A Bang
At Last: Galaxy Without Dark Matter Confirmed, Explained With New Hubble Data
Despite all the challenges, Hubble has vindicated this discovery.Practically everywhere we look in the Universe, the large-scale objects that we see — small galaxies, large galaxies, groups and clusters of galaxies, and […]