Think of the nicest person you know. The person who would fit into any group configuration, who no one can dislike, or who makes a room warmer and happier just by being there.

What makes them this way? Why are they so amiable, likeable, or good-natured? What is it, you think, that makes a person good company?

There are really only two things that make someone likable.

This is the kind of advice that comes from one of history’s most famously good-natured thinkers: Benjamin Franklin. His essay “On Conversation” is full of practical, surprisingly modern tips about how to be a nice person.

Franklin begins by arguing that there are really only two things that make someone likable. First, they have to be genuinely interested in what others say. Second, they have to be willing “to overlook or excuse Foibles.” In other words, being good company means listening to people and ignoring their faults. Being witty, well-read, intelligent, or incredibly handsome can all make a good impression, but they’re nothing without these two simple rules.

The sort of person nobody likes

From here, Franklin goes on to give a list of the common errors people tend to make while in company. These are the things people do that makes us dislike them. We might even find, with a sinking feeling in our stomach, that we do some of these ourselves.

1) Talking too much and becoming a “chaos of noise and nonsense.” These people invariably talk about themselves, but even if “they speak beautifully,” it’s still ultimately more a soliloquy than a real conversation. Franklin mentions how funny it can be to see these kinds of people come together. They “neither hear nor care what the other says; but both talk on at any rate, and never fail to part highly disgusted with each other.”

2) Asking too many questions. Interrogators are those people who have an “impertinent Inquisitiveness… of ten thousand questions,” and it can feel like you’re caught between a psychoanalyst and a lawyer. In itself, this might not be a bad thing, but Franklin notes it’s usually just from a sense of nosiness and gossip. The questions are only designed to “discover secrets…and expose the mistakes of others.”

3) Storytelling. You know those people who always have a scripted story they tell at every single gathering? Utterly painful. They’ll either be entirely oblivious to how little others care for their story, or they’ll be aware and carry on regardless. Franklin notes, “Old Folks are most subject to this Error,” which we might think is perhaps harsh, or comically honest, depending on our age.

4) Debating. Some people are always itching for a fight or debate. The “Wrangling and Disputing” types inevitably make everyone else feel like they need to watch what they say. If you give even the lightest or most modest opinion on something, “you throw them into Rage and Passion.” For them, the conversation is a boxing fight, and words are punches to be thrown.

5) Misjudging. Ribbing or mocking someone should be a careful business. We must never mock “Misfortunes, Defects, or Deformities of any kind”, and should always be 100% sure we won’t upset anyone. If there’s any doubt about how a “joke” will be taken, don’t say it. Offense is easily taken and hard to forget. 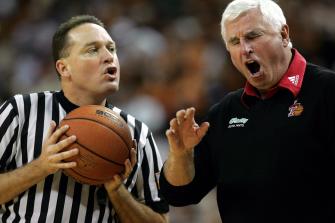 Franklin’s essay is a trove of great advice, and this article only touches on the major themes. It really is worth your time to read it in its entirety. As you do, it’s hard not to smile along or to think, “Yes! I’ve been in that situation.” Though the world has changed dramatically in the 300 years since Franklin’s essay, much is exactly the same. Basic etiquette doesn’t change.

If there’s only one thing to take away from Franklin’s essay, it comes at the end, where he revises his simple recipe for being nice:

“Be ever ready to hear what others say… and do not censure others, nor expose their Failings, but kindly excuse or hide them”

So, all it takes to be good company is to listen and accept someone for who they are.

Philosophy doesn’t always have to be about huge questions of truth, beauty, morality, art, or meaning. Sometimes it can teach us simply how to not be a jerk.

If you want to be an authentic person, embrace reality. Don’t try to clamber your way up Maslow’s hierarchy of needs.
Up Next
The Past