Atheists, agnostics, and other non-believers are among the most disliked, untrusted, and misunderstood people in our society. Most Americans wouldn’t vote for a qualified atheist if they ran for president. Many parents hope their child doesn’t marry one. Most atheists in the United States have a story about coming out to somebody who then either accused them of being a Satanist or was utterly unable to comprehend what an atheist was.

To get a better idea of what non-believers of all stripes are actually like and to try to correct for the above facts, the U.K.-based Understanding Unbelief Project has released the Understanding Unbeliefwhite sheet. A study of “unbelievers” in six countries on four continents, the report covers topics such as how confident people are in their beliefs compared to theists in the same country, how they choose to identify themselves, and what they value.

Despite rejecting or at least questioning the notion of gods, unbelievers aren’t wholly divorced from superstitious belief. 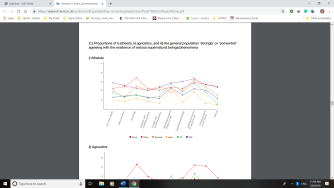 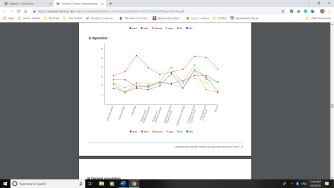 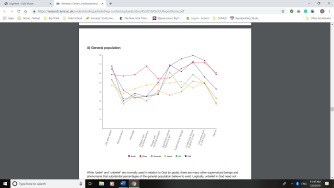 The study also found that non-believers are not all nihilistic, moral relativists, or unable to appreciate the inherent value of the world around them. While this isn’t news to atheists, it will be news to many people who think them incapable of having a robust moral system, an appreciation for nature, or a sense of meaning in life.

“We still have Flat Earthers, we have people that don’t believe in vaccinations, and what do we do about it? Well, first of all, I think there’s a gene. I think there’s a gene for superstition, a gene for hearsay, a gene for magic, a gene for magical thinking. And I think that, when we were in the forest, that gene actually helped us. Because 9 times out of 10, that gene was wrong. Superstition didn’t work. But 1 time out of 10, it saved your butt. That’s why the gene is still here, the gene for superstition and magic. Now, there’s no gene for science. Science is based on things that are reproducible, testable — it’s a long process, the scientific method. It’s not part of our natural thinking. It’s an acquired taste, just like broccoli.”

The study also hasn’t really found anything new. Plenty of famous critics of religion haven’t been entirely above religious sentiment themselves. For example, Pierre Curie, the husband of the more famous Marie Curie, was an atheist who had an enduring, somewhat scientific, interest in spiritualism.

This map of Hutterite colonies in North America says something about religion and evolution — and more precisely, speciation.
High Culture

The most compelling representations of Satan in world literature

By taking Satan out of the religious context, storytellers explored the nature of sin in new ways.
Up Next
The Future

Robert Downey Jr. plans to ‘clean up the planet’ with A.I.