These Two Entrepreneurs Found a Great Way to Work Smarter, Not Harder

And out of their struggle, they made a product to help others. 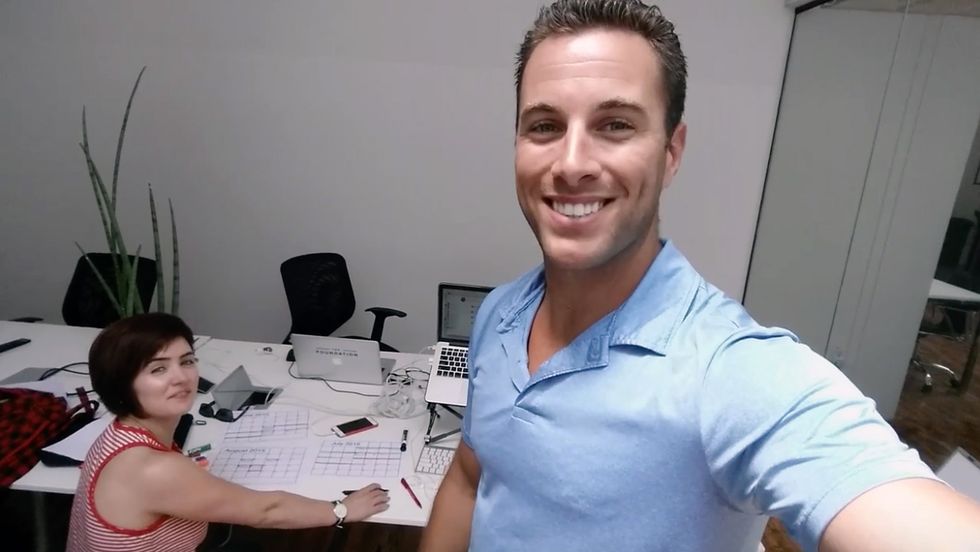 It's easy to be busy and not get anything done. Ever spend an entire day answering emails and not make any headway on a project? That's exactly how Cathryn Lavery and Allen Brouwer felt.

Both had left their day jobs in order to pursue their own business ventures. But they struggled.

“After a while it felt like we were on a treadmill, working every day, but not getting anywhere,” they write. “We’d feel busy, but not productive. We’d get to the end of the day and feel unclear on what we accomplished that really mattered.”

Lavery said they noticed a trend among high-performing, successful people: their ability to plan and pace their progress into actionable steps. So, they needed a way to organize their goals, and out of it came the Self Journal. Necessity, after all, is the mother of invention.

“We'd been reading a bunch of books on successful people, on what they do and we just started applying it to ourselves,” said Lavery. “What we should do every day and how we should approach setting a goal and reaching it. Before we did that, we were just kind of a mess where we were just reactive and not moving forward at all.

“As soon as we started applying these principals everyday it started to turn on, and so that's when Allen and I started creating this product just for ourselves. Then later on when we showed it to people, we decided clearly this is something other people could use.”

The result was what would become the Self Journal — the first product of their company, Best Self Co.

So, what makes this journal different from the rest?

There's a psychology behind its design.

“It's only a three-month journal,” said Lavery. “To be honest, I've been looking for something like this because year-long journals never work. I think a study showed that 88 percent of people fail [in completing their New Years resolutions] because it's really difficult to take that year-long resolution and break it down into actionable steps.”

A yearlong goal seems overwhelming, and trying to break that down led her to giving up, but applying a shorter timeline toward a goal (or part of it) makes it seem more manageable.

Lavery said she found “a three-month timeline is a long enough time where you can see the end-goal in your vision. It also doesn't give you time to procrastinate on taking action today.” She said they wanted to create a sense of urgency with the journal, so people would be less likely to procrastinate.

Humans, for some reason, have a tough time relating to their future selves. One study found that we're able to connect better with ourselves when we frame a deadline in terms of days instead of years. Other experts claim we have trouble connecting with a goal when we lose focus of the meaning behind it — even a fear of failure can be a deterrent. But they're all mental barriers that keep us from addressing what needs to be done today.

The Self Journal helped Lavery and Brouwer write through all those psychological deterrents. They're now hoping to sell their key to success as a solution to help others.