What does that even look like, when represented by various currencies?

It takes just 6 numbers to win. You can only, however, purchase tickets up until 10:45 ET tonight. 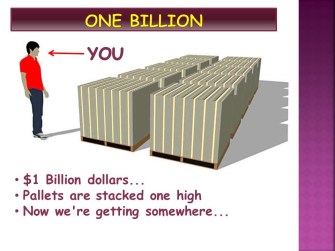 Here it is as represented by pallets of $100 bills

It will be the second-largest lottery jackpot, after the Power Ball lottery of January 2016 that netted nearly $1.6 billion. Of course, there are taxes to be paid, and then, the winner(s) have to decide on whether it’s paid out over time or in one lump sum, which decreases the total received. 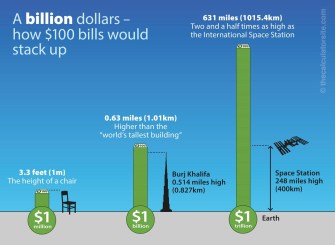 Here’s another way to look at it:

So … what are you odds of winning?

That’s a long shot. Compare it to other things:

Odds of being killed by a meteorite? 1 in 1.6 million. 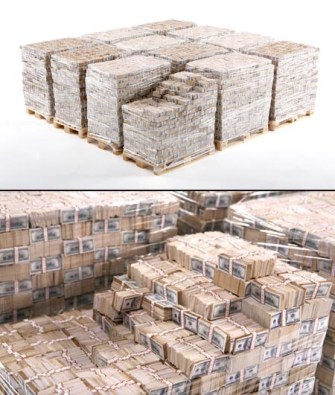 Just in case you, you know … want to buy a ticket. Or two.

Good luck, whatever you decide to do.

(This was earlier today, when it was $970 million)

The findings at L’Anse aux Meadows mark the the earliest known year by which human migration had encircled the planet.
Up Next
Hard Science

Inside China’s plan to put an ‘artificial moon’ in orbit

By 2022, there may be as many as three artificial moons floating above the city of Chengdu.