Conventional wisdom holds that migrants in the U.K. have a stronger ethic than natives, and now there’s data to back it up.

A recent study shows that migrant workers are three times less likely to be absent from work than natives, a phenomenon that tends to dissipate after a couple years of assimilation.

The study comes from the University of Bath’s School of Management. Researchers used data from the Office for National Statistics UK Labour Force Survey to construct regression models analyzing the work absence rates among European migrant workers from the A8 countries that joined the EU in 2004 – the Czech Republic, Estonia, Hungary, Latvia, Lithuania, Poland, Slovakia and Slovenia. 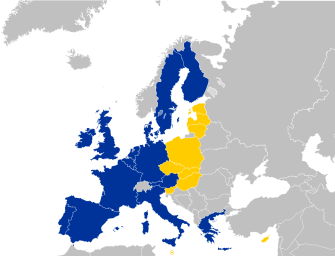 “This is the first study with concrete evidence on the existence of the migrant work ethic. It backs up managers’ perceptions that Polish and other Central and Eastern European migrants are harder working than UK employees, but importantly only for around two years from their arrival in the U.K.”

Common conceptions about migrants’ work ethic in the U.K. have been heavily influenced by the unprecedented upsurge in immigration following the enlargement of the European Union. From 2004 to 2007, more than 600,000 A8 migrants registered for work in the U.K. The projected number was 13,000.

“When the Central and Eastern European nations became part of the EU in 2004 the numbers of migrants registering to work in the UK was far beyond any projected figures,” said Dr Benjamin Hopkins, Lecturer in Work and Employment at the University of Leicester. “There was very little planning around information for employers about qualifications in these countries and how they relate to the U.K. system.”

Even though A8 migrants have an average of two more years of education than natives, they often take low-skill jobs because of these complications and limited English abilities. Most of these low-skill jobs exist in sectors like manufacturing and hospitality where there isn’t much customer interaction. Even though these jobs may be modest, migrants have a relatively easy time getting hired: Studies show that managers in the U.K. tend to prefer hiring A8 migrants because of their willingness to work long hours and low levels of absence. 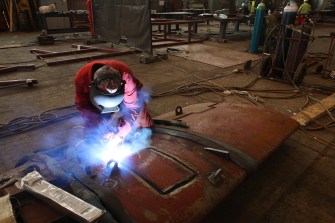 The researchers cautioned against this kind of “statistical discrimination,” however:

The raw data presented within this study (see Table A1 in the Appendix) report a large concentration of A8 migrants within elementary occupations, and therefore these migrants will be more likely to operate in roles where employers have a preference for a ‘good work ethic’ over more recognisable qualifications or skills (Matthews and Ruhs, 2007). While managers may distinguish among workers on the basis of readily available information such as nationality, the assimilation of the migrant work ethic, however, will lead employers to switch away from more established migrants towards newer groups.

The study sheds light on the challenges migrants face when moving to different cultures and suggests that group differences in work ethic are likely the result of circumstance – not country of origin.

“We clearly see in the research that migrants new to the U.K. put in a couple of years of hard work, before a better understanding of our culture and job market means they adopt the same work ethic as native workers.”

A study of 1.6 million people ties high incomes with more positive emotions and fewer negative ones, but only towards the self.
The Present

Of course, it’s all about where you move. The authors argue that it needs to be less populous regions.
Strange Maps

The gluten free trend is growing. Does the science behind it hold up?