Nicolas Guéguen is a psychologist who publishes lots of gender studies that seem uniquely appropriate to the internet era. They traffic in catchy, off-kilter social psychology subject matter that practically begs for a click, such as Time’s “Science Proves It: Men Really Do Find High Heels Sexier.” (Did you just click that headline? Lord knows a lot of people did.)

Now, apart from Guéguen’s tone-deaf “how men like their women” focus, looks a lot like he just made up a lot of this stuff. Scientists Nick Brown and James Heathers have been looking into his studies and finding little but red flags. The two have contacted the French Psychological Society (SFP) regarding their concerns, which they eventually narrowed down to 10 Guéguen papers in particular.

Their interest began after Brown encountered one Guéguen study, “Study finds that men are less likely to help a woman with a ponytail.” Brown tells Ars Technica, “That evening, I was talking to James about [something else entirely] and mentioned the paper in passing. And he kind of fell about laughing.”

A little too tidy?

A closer look at study’s supporting data revealed a highly suspicious statistical oddity. Each of the study’s participants had been numerically scored for the help they offered a woman who dropped her glove on a busy street.

The woman, according to the study, was a “19 year-old Caucasian woman (height 1.68 cm, weight 52 kg)” whose “hair was dark and roughly 70 centimeters long.” There were 90 male participants and 90 female participants, chosen at random. If a subject picked up the glove and returned it to the woman, they got three points, and if they told her she’d dropped it, they got two. If they did nothing at all, they got one. 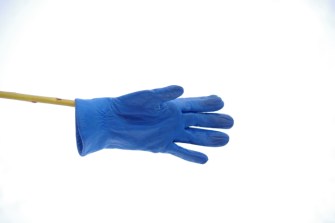 The study grouped its stats into six combinations (three hair styles times two genders), and the results somehow all came out to weirdly regular, with averages requiring only one digit after their decimal point (though the report uses two with a 0 in the second place). Researching for Big Think, this is something we don’t see.

Brown and Heathers: “The chance of all six means ending in zero this way is 0.0014.” Even weirder, by crunching hypothetical data in Excel, the duo found they could only arrive at Guéguen’s two-place numbers one way, and it’s pretty specific: When 6, 12, 18, or 24 subjects in a test combination all got the same individual score. “The chances of this happening randomly for all six combinations of participant sex and hairstyle are [one in 170 million],” Brown and Heathers tell Ars.

Who actually did the research?

A suspicious number of the studies Brown and Heathers perused were purportedly written by Guéguen himself as the sole author, with no credited collaborators. Given the man’s sheer number of studies, this would be pretty much impossible, with him personally interviewing hundreds of subjects in addition to processing the data and writing it up. If he does have assistants or helpers, why were they so rarely credited? It might just be a lack of consideration for their CVs, or it might be because it makes it impossible to contact them and verify their contributions and Guéguen’s methodology. 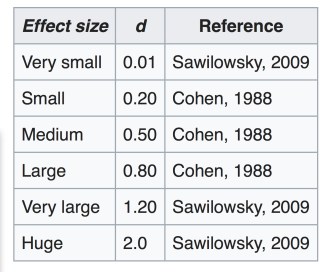 The difference between men and women in the glove-dropping study? A remarkably capacious 2.88. That’s beyond huge. Hm.

In one study aimed at finding out if women are more likely to give out their phone numbers when it’s sunny, women from 18 to 25 years old were interviewed. No reason was given for why the sample was limited to this age bracket. And Brown and Heather are skeptical about the whole thing, telling Ars, “This implies that not one woman, when approached by the confederate who asked for her number, decided to walk away and ignore him. Our own experience in this area is somewhat limited, and we are surely less attractive (and young) than Guéguen’s carefully selected physical specimens, but we find the idea that every woman in a sample of 500 would reveal her age to a stranger, especially immediately after rebuffing his romantic advances, to be completely unrealistic.” 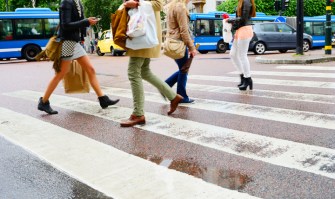 The Ars article also includes this creepy summary of other studies:

One study, for example, had research assistants lying on a beach in bikinis; another involved women sitting in a bar waiting to be approached by men. In one case, female participants who thought they were participating in a totally different experiment were filmed walking from behind without their knowledge, only later being told about the footage and asked for consent to it being used to judge the “sexiness” of their gait.

The only ethical approval cited in these studies was awarded by Guéguen’s own lab, not an outside authority, meaning essentially, “if we say it’s okay, it’s okay.”

What does Guéguen say?

After being contacted by Brown and Heathers about all this in 2015, the FSP reached out unsuccessfully to Guéguen multiple times for his response to Brown’s and Heather’s charges. By 2016 the FSP brought up the possibility of escalating Guéguen’s case to the National Council of Universities (CNU), which would be more capable of taking serious action against the researcher.

By September 2016, Guéguen finally responded to the FSP with stacks of paperwork that answered few of the organization’s questions, a seeming attempt to overwhelm the FSP with documentation that had nothing to do with anything, though he did say, “In many psychology departments in France and elsewhere, students are the subjects of the experiments of the researchers… we have adopted another approach where students become the testers and people outside become the subjects.” Otherwise, say Brown and Heathers, “Neither the letter nor the reports provide any scientific answer to the questions we have asked. The reports focus on experiments totally different from those in the articles in question.”

In November 2016, the duo submitted to Guéguen a set of specific questions related to the 10 studies on which they focused, and he got back to them nearly a year later in September 2017 with disappointingly unhelpful responses. Guéguen did find a couple of specific concerns flawed, and Brown and Heathers now agree about those two points.

Still unsatisfied, and reluctant to go the slower route of appealing to the CNU as suggested by the FSP, Brown and Heathers have gone public with their charges against Guéguen.

“I’m not advocating the creation of a science police,” Brown tells Ars. Still, it can be difficult to separate real science from the junk, especially given the prevalence of predatory scientific journals who regularly traffic in the stuff. The ease with which unscrupulous authors can reach millions of people thanks to the internet is sobering, and requires more vigilance from all of us interested in the sciences, whether we wear our hair loose, in a ponytail, or in a bun.

Gain-of-function mutation research may help predict the next pandemic — or, critics argue, cause one.
Health

New research from the University of Granada found that stress could help determine sex.
Health

How a controversial study on psychic powers caused a revolution in psychology research.
The Present

A study of the Mosuo women, known for their matriarchy, suggests that gender roles can influence our health outcomes.
Up Next
The Present

How the Fear of Death Makes People More Right-Wing

A string of terror attacks across the globe have shaken the world’s most powerful nations to their core. As a result of these tragic events, and the fear-mongering from politicians […]