It would be nice to believe that we judge others not based on how they dress, but on their personal character. While such an idea sounds commendable, it’s not true, says a new study out of Princeton University.

Regardless of how much we like to think ourselves above judging based on the clothing others wrap themselves in, such decisions are made much quicker than conscious awareness allows—as little as 130 milliseconds. The paper, which includes research from nine separate studies, confirms the long-held sentiment that “the clothes make the man.”

Numerous studies have investigated how we judge faces. Speculation about the role of facial symmetry, large eyes, and prominent cheekbones has been around for decades. For this study — it was published in Nature Human Behavior on Dec. 9 — the researchers flashed the photos of 50 men so quickly that facial recognition proved about impossible. Noticing their torso and, more importantly, what that torso was garbed in, remained possible, however.

“Faces were shown with different upper-body clothing rated by independent judges as looking ‘richer’ or ‘poorer’, although not notably perceived as such when explicitly described. The same face when seen with ‘richer’ clothes was judged significantly more competent than with ‘poorer’ clothes.”

Before beginning, the researchers asked a separate panel of judges to ensure that the clothing they chose was not overtly wealthy or representative of extreme poverty. Those partaking in the study were told to judge the competence of the faces they saw on a scale from one to nine based on “gut feeling.”

In a few of the nine studies clothing was explicitly mentioned, though the judges were told to not consider what the people were wearing. In one, they claimed that there was no relationship between clothing and competence.

These perceptions influence who we vote for and where we spend our money. Oh believes this is especially important in the age of widespread income inequality.

“Wealth inequality has worsened since the late 1980s in the United States. Now the gap between the top 1 percent and the middle class is over 1,000,000 percent, a mind-numbing figure. Other labs’ work has shown people are sensitive to how rich or poor other individuals appear. Our work found that people are susceptible to these cues when judging others on meaningful traits, like competence, and that these cues are hard, if not impossible, to ignore.”

The researchers hope that by making people aware of their implicit bias toward clothing, such awareness can later translate into better decision-making about the judgment of an individual’s character. As we learn over and over again, fine clothing does not necessary represent an ethical or honest person. It just means they can afford to purchase it. 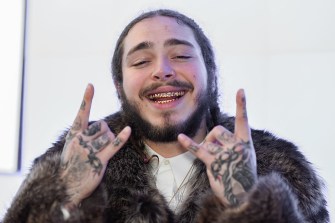 Yet this lesson will be a hard lesson to instill. Clothing has long been representative of social status. Shoes were once a social marker separating those who could afford them compared to those that had to wear sandals or go barefoot. At root, humans are extremely shallow: we’d rather show off what we can afford than help others achieve the same status.

Shafir goes so far to claim that uniformity might be the way to go.

“A potential, even if highly insufficient, interim solution may be to avoid exposure whenever possible. Just like teachers sometimes grade blindly so as to avoid favoring some students, interviewers and employers may want to take what measures they can, when they can, to evaluate people, say, on paper so as to circumvent indefensible yet hard to avoid competency judgments. Academic departments, for example, have long known that hiring without interviews can yield better scholars. It’s also an excellent argument for school uniforms.”

That will be a hard sell an individualistic culture such as America, where outward appearance too often trumps inner character. As long as that’s the case, we have to recognize ourselves for what we are: judgmental creatures focused on exterior presentation. Inner work takes practice, but the benefits — namely, not being conned or focused on fleeting materialism — is worth it.

Fiona Broome remembered Nelson Mandela dying in prison in the 1980s (he didn’t). Oddly, many people had the same false memory.
Up Next
The Present

A review of Matthew Engelke’s How to Think Like an Anthropologist.