The title of a new study, “Grand theft water and the calculus of compliance,” is deliberately dramatic, aimed at drawing attention from people across the globe to a largely unnoticed, serious problem: One of our world’s most valuable resources, water, is being taken illegally on a massive scale, and no one is doing much about it. Its authors estimate that between 30 percent and 50 percent of the world’s water is being stolen.

Theoretically, who could possibly own water? It falls down on us from the skies, for goodness’ sake. However, the practical reality is that available H2O is is always finite, and in many areas, scarce. And global warming will further exacerbate such problems.

The study, published in the journal Nature Sustainability, takes a deep dive into water theft around the world. It explores what governments are doing about it — spoiler: not much — and what could be done to get things under some kind of control. 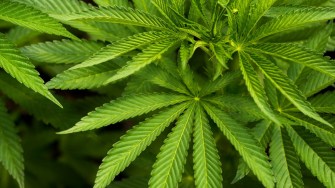 Agriculture by far consumes most of the world’s water, about 70 percent of it. To help better understand the portion of that percentage that may be associated with water theft, the study “provides a conceptual framework and modeling approach designed to improve understanding of both individual and institutional barriers to water theft.” The framework is based on examinations of the water use surrounding three crops: marijuana in California, strawberries in Spain, and cotton in Australia.

The cases have some significant characteristics in common: They’re all water-intensive industries in which stealing water is more profitable than adhering to local regulations. Growers in these industries also share an anxiety over future availability of water from rainfall, which may also be a key driver in water theft.

Underlying non-compliance with local regulations is that some of the growers resent laws that they view as unfairly favoring environmental protections over economic needs, and a general lack of interest in water protection among the public within the growers’ region.

Lucrative growing of legalized marijuana uses large volumes of water. Some growers in Northern California steal both urban and rural water on the assumption their consumption is likely to go unnoticed by authorities. Many feel that the low odds of detection make water theft a “rational choice,” according to the study.

Strawberries from the Doñana marshlands in southern Spain are grown in an area of ecological sensitivity. (The marshes are protected by international agreements due to their role as the most important site for migratory birds.) Growers operate under the expectation that even if they’re caught pilfering water — and it is likely they will be caught — prosecutions and convictions tend to produce few convictions or consequences.

Water theft has become so normalized over time in this region that it has lead to violence against authorities attempting to protect the water supply.

Cotton growers in central Australia’s Barwon-Darling River system have been implicated in “several alleged, ongoing and proven cases of non-compliance with water laws.” The study mentions one large-scale agricultural water user whose theft involved environmentally-protected water. The study cites some Australian cotton growers who consider themselves to be in competition with an “‘illegitimate user,” the environment. 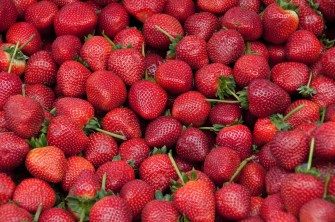 Our findings suggest that while individuals and companies may be responsible for the act of theft, the phenomenon reflects a systematic failure of arrangements (political, legal, institutional, and so on). In addition, when regulators fail to understand the value of water, inadequate prescribed penalties increase the risk of theft. — Loch, et al

The study asserts that a critical partner in resolving water theft must be the public and their assumption of high compliance, and the expectation of honesty on the part of all stakeholders, both in agriculture and government. Public exposure of non-compliance with water regulations can make water theft less locally acceptable. In Australia, civil-society organizations stepped in to help advocate for the environment with growers.

Obviously, there can be no substitute for an adequate water supply in the first place, a challenging issue in many places. A recent study from Virginia Tech of the U.S. water supply found that “nearly one-sixth of U.S. river basins cannot consistently meet society’s water demands while also providing sufficient water for the environment. Water scarcity is expected to intensify and spread as populations increase, new water demands emerge, and climate changes.”

The authors of the water-theft study look forward to a technological assist as monitoring and sensors become better able to detect water theft when it occurs. Detection, however, without more robust local enforcement is meaningless. And adequately guarding water supplies that span multiple jurisdictions will require prioritization and stronger cooperation between local governments.

Preserving local water supplies is more than an academic issue after all — we all need water. Says the study, “Ongoing water shortages occur on all continents, increasingly compounded by climate change. By addressing likely drivers of theft at an individual scale, we may prevent irreversible harm to all water users.”

The cause of the recent uptick in radiation is unknown, but speculation about another catastrophe at Chernobyl is hyperbolic.
Up Next
Hard Science